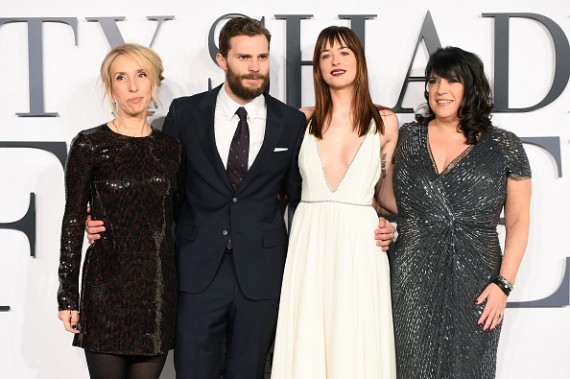 According to Variety, the film is showed in over 3,646 locations and said to have toppled the record formerly held by the movie "Valentine's Day," which generated $56.3 million on the opening weekend

In a comment made by Rentrak, a senior box office analyst, the experience became a date night movie, instead of the usual girl's night out movie. Based on its pace, "Fifty Shades of Grey" is expected to hit $90 million in a four-day span.

"The Fifty Shades of Grey" has a distinct advantage; solid fanbase. E.L James' book sold over 100 million copies worldwide, a very important statistic that contributed in making the film adaptation a success.

The film was originally scheduled for release in October 2014, but producers decided to delay it in time for Valentine's Day, which proved to be an auspicious decision, said Phil Contrino, chief analyst of boxoffice.com, as the gamble paid off.

In a tweet posted by PRNewser: "@PRNewser '50 Shades' officially the biggest opening for any film directed by a woman. Not sure this is a good thing..."

The said twitter post was acquired by the Verge saying that it would be impossible to deny the impact "Fifty Shades of Grey" has brought to its viewers. The film was also described as the biggest weekend opener that targets women.

Criticisms on the movie's bondage and dominance themes did not seem to hamper "Fifty Shades of Grey's" box-office sales.