One Sony No More: Company Spins Off More Divisions to Increase Profitability 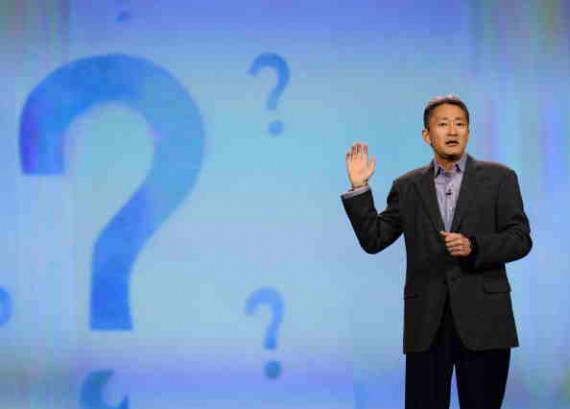 Sony shifts it strategic gear to awaken the sleeping electronic giant to generate more profit. The company steers away from One Sony initiative to focus on other areas of growth.(Photo : Ethan Miller | Getty Images News)

Last Wednesday,  Sony announced that it's shedding more weight as it spins-off its audio and video departments. The company believes that by dividing itself to different subsidiaries, they will be able to refocus and concentrate efforts to divisions that generate more profit.

In the announcement, CEO Kazuo Hirai mentioned that Sony will be focusing on four areas for growth: Sony Pictures, Sony Music, Playstation gaming and Devices, which includes sensors and other components.

Sony released the following statement to its investors: "Sony is positioning Devices, Game & Network Services, Pictures, and Music as the segments that will drive its profit growth over the next three years. It will implement growth measures and engage in aggressive capital investment in these areas with the aim of achieving both sales growth and profit expansion."

Approximately three years ago, the then newly elected Hirai unveiled a program that aimed to pull out Sony, once known as a force to reckon with in the electronic and entertainment industry, from the financial hole it's in and regain its status as a well oiled moneymaking machine.

The initiative was named One Sony. The goal was to focus on the three central strengths of the company: digital imaging, gaming and mobile. However, of the three given strengths, only one continued to survive: gaming.

Even though the company had a minor hiccup in Playstation 3 as it failed to gain traction, they were able to redeem themselves with Playstation4. According to CNET, during its last-reported quarter ended December 31, Sony's gaming division increased sales by 16.8 percent to 531.5 billion yen ($4.4 billion). The division's operating profit hit 27.6 billion yen, jumping 123 percent year over year.

Nevertheless, it seems that the company is One Sony no more. Just last year, the troubled giant was forced to spin-off its TV and PC divisions as subsidiaries. That along with this current spin-off it appears that Sony falling apart rather that sticking together.

It maybe so, but the CEO still believes in One Sony. He says that even though the company maybe restructuring into different parts, he hopes that the heirarchical setup will continue to operate as a coherent Sony group.