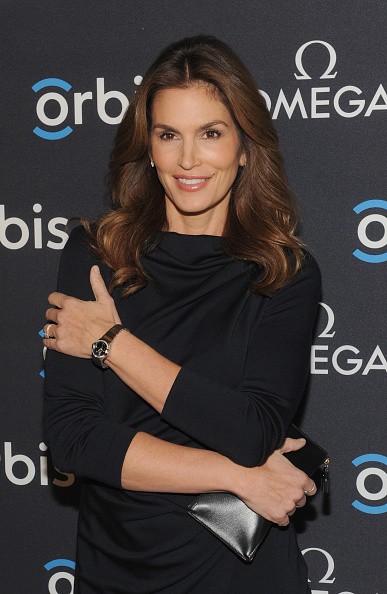 Cindy Crawford is gaining much praise from fans not because of her gorgeous look, but for a "leaked" picture of the former supermodel on the Internet without the magic of airbrushing.

According to Yahoo Beauty, the leaked photo from Marie Claire Mexico shows a very contrasting Cindy Crawford that people usually see on the internet. Although initially met with surprise, many took to Twitter to write their praises for the supermodel, saying that they are proud of her honesty. An alleged rumor also circulated that Cindy Crawford specifically wanted her photo to be shown without being Photoshopped.

According to MarieClaire Fashion, there are claims that the photo will be available on the next issue of the magazine, however, its origin clearly showed that the image was taken in December 2013. The photo was also accompanied by a statement saying, "no matter where the photo came from, it's an enlightenment. We've always known Crawford was beautiful, but seeing her like this only makes us love her more."

Yahoo Beauty commented that because Marie Claire did not purposely posted the photo, despite claims, it makes the rumors that it has been "leaked" more feasible.

Cindy Crawford has not given or released any statement pertaining to the supposed leaked photo. However, on Valentine's day, her husband Rande Gerber posted a rather flawless looking Cindy, sunbathing in a bikini outfit.

Yahoo is questioning the motive of these contrasting images and what Cindy Crawford's camp is trying to portray. MarieClaire said that Cindy Crawford has been very active in charity works, saying her last project was "Hospital in the Sky." She visited Peru along with global NGO Orbis to help educate people about avoidable blindness.

In a conversation also posted on MarieClaire, Cindy Crawford admitted to having those gloomy days where she looks at her reflection and notices all those flaws.