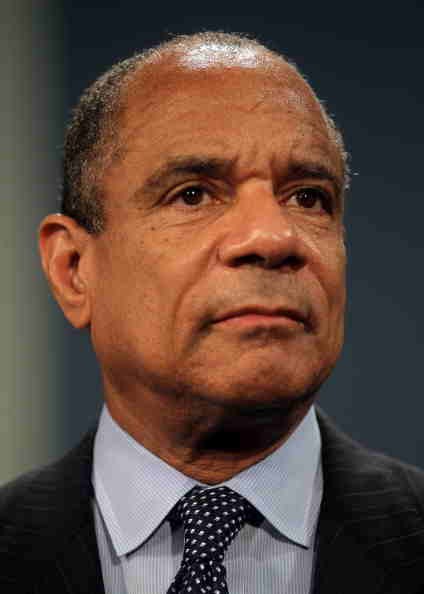 After fighting for the company since 2010, the court decided that American Express violated the U.S Antitrust Law but prohibiting its merchants from promoting other lower cost cards.(Photo : Mario Tama | Getty Images News)

It's time to play pin the bad news.

American Express was found guilty of violating the U.S. Antitrust Law. The decision was passed down last Thursday by U.S. District Judge Nicholas Garaufis in Brooklyn who granted the decision in favor of the US Justice Department.

According to the court decision, American Express violated the rules when it prohibited its merchants from allowing its consumers from using lower-cost cards and offering discounts or promos with it.

U.S. Attorney General Eric Holder said in a statement with Reuters: "Today's decision is a triumph for fair competition and for American consumers. By recognizing that American Express's rules harm competition, the court vindicates the promise of robust marketplaces that is enshrined in our antitrust laws."

This news comes in as a second major setback the company has received in a week's time. Just last February 12, Costco Wholesale Corp. announced that it is ending its exclusive partnership with the established credit card company. The partnership lasted 16 years.

Bloomberg also reported that airline company JetBlue, Inc. is also parting ways with the lending company, citing that it is already in talks with Barclays Plc and MasterCard Inc. for a new credit-card agreement.

On top of that, the company announced that it will be cutting back 4000 jobs, which began last month as a part of its restructure program. At the moment, the company's shares are down by 1.8%.

American Express prided their franchise as a premium card. It offered a handsome rewards program and perks to its merchants and cardholders whilst charging higher fees compared to other lower-cost cards Visa and MasterCard.

"American Express might have to bring their fees down and that could potentially destroy their brand image as a premium product," said Richard Hernandez, an antitrust lawyer at McCarter & English LLP in Newark, N.J., who has been following the case.