‘Maze Runner 2’ Has More Surprises? Author James Dashner Assures Fans That The Sequel Will Kick Butt! ‘You Will Not Be Disappointed’ 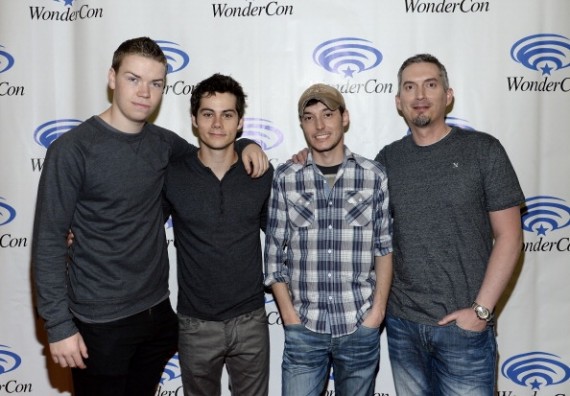 Dylan O'Brien, who stars as Thomas, and the rest of the Gladers are back in "Maze Runner 2" or officially called "The Scorch Trials."

After escaping the Maze in the 2014 movie, the group are back for a new challenge. Apart from O'Brien, we will see the return of Thomas Brodie-Sangster as Newt, Ki Hong Lee as Minho and Kaya Scodelario as Teresa in the new sequel.

The author of the science fiction novel series, James Dashner, recently spilled out some details about the second installment of the "Maze Runner." He revealed that the production team has finished filming in New Mexico. So now they are currently busy with the post-production of "The Scorch Trials" which will hit the theaters on Sept. 18.

"There's not a lot I can say about things yet. I visited the set and I've read the script, and I'm happy with it," Dashner wrote on his official website. "Some things may take you by surprise, but I can tell you this: the movie is going to kick butt. You will NOT be disappointed."

"Maze Runner: The Scorch Trials" is directed by Wes Ball, who also worked on the first movie, which earned more than $339 million worldwide.

The author can't help but praise the filmmaker and the actors in the movie.

"Wes Ball is a friggin genius and he has an amazing cast, including some stellar newcomers. (Including my two favoritest bad guys in TV history, Giancarlo Esposito and Aidan Gillen.)," Dashner said.

Esposito is known for his role in "Breaking Bad" and "Revolution" whereas Gillen is part of the "Game of Thrones" cast. Other newcomers in "Maze Runner 2" include Rosa Salazar (Parenthood), Barry Pepper (The Lone Ranger), Nathalie Emmanuel (Game of Thrones), Katherine McNamara (Happyland), Jacob Lofland (Justified), and Lili Taylor (The Conjuring) as reported by Fashion n Style.