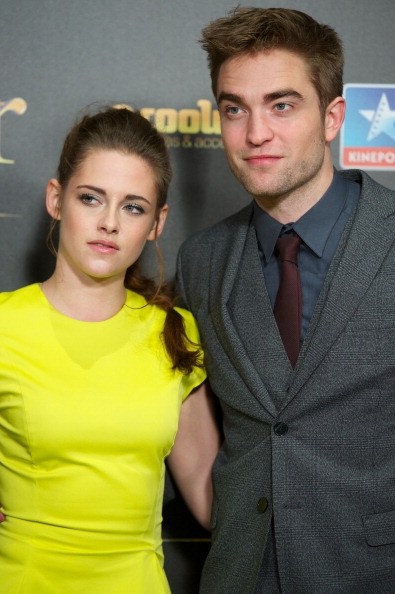 Robert Pattinson has already moved on, but some people still link him to his ex-girlfriend Kristen Stewart. Some Twi-hard fans still want to see the co-stars reunite, but that may not be happening anymore since Rob is already in a relationship with FKA Twigs while Kristen is rumored to be dating her BFF Alicia Cargile.

Just a few days ago, the 28-year old actor was followed by paparazzi and photographers when he arrived at LAX for a flight to London. They were asking him about the lesbian rumors that involved his former lover. He was also asked if her sexuality was a factor for their failed relationship. They also implied that Kristen Stewart was never serious about her relationship with Robert Pattinson because she prefers being with a woman.

The airport incident was reported by X17 Online and they even shared a video where you can see the British heartthrob's reaction regarding the lesbian rumors. He tried to keep quiet about the issue, but you can see he was really uncomfortable about all the questions. However, he managed to crack a smile while waiting for the elevator.

Robert Pattinson flew to London to be with his girlfriend. They were recently seen getting cozy at the Brit Awards after party. "The Rover" actor was spotted holding the hands of the British singer and looking very much in love. Check out their sweet photos on Popsugar.

Kristen Stewart, on the other hand, was seen grabbing coffee with her rumored girlfriend Alicia Cargile in Los Angeles. Mail Online shared the photos of the alleged lesbian couple as they get their morning coffee runs. This isn't the first time that the two were seen getting coffee together which started out rumors that her former assistant has moved in at her place.

"Kristen recently bought a huge loft in downtown LA and she asked Alicia to move in," an insider revealed to In Touch. "It seemed pointless to live apart, since they were with each other every day." The 24-year old actress also got some advice from her good friend Riley Keough.

"Riley knows Kristen would be happier if she stopped hiding her feelings," a source told the tabloid. "She told Kristen she shouldn't hide who she is and who she loves," the insider added. It seems that Robert Pattinson and Kristen Stewart have moved on with their lives, but unfortunately there are still some people who want them to be together.