Taylor Swift’s New Boyfriend Is Another Singer? ‘Blank Space’ Hitmaker May Be Hooking Up With Tobias Jesso Jr.! ‘She Was Aggressively Making Out With Him’ 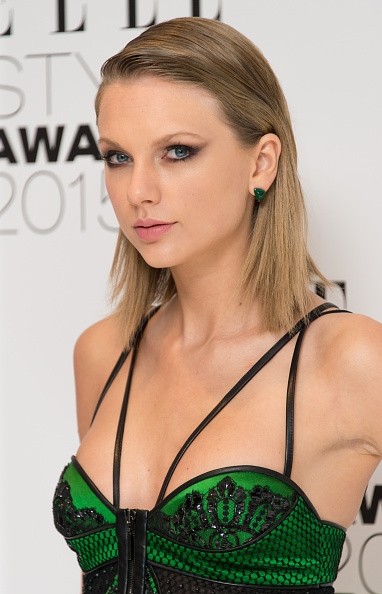 There were rumors coming out that Taylor Swift's new boyfriend is another singer. The 25-year old pop star has dated some of the hottest musicians in the industry including Harry Styles and John Mayer. She was recently linked to The 1975 frontman Matt Healy and indie artist Hozier.

This time, the "Blank Space" hitmaker is rumored to be hooking up with Tobias Jesso Jr., who was once linked to Taylor's BFF Alana Haim. According to Hollywood Take, the American singer and Canadian artist were caught making out during a post-Grammys party. What's weird was that Alana was there while they were getting cozy.

"Taylor was going wild - she was aggressively making out with Tobias," an eyewitness revealed. "Alana was watching the whole thing but, bizarrely, she didn't seem to mind," their insider added. The website reported that the news was deleted and can only be seen via Googla Cache.

Defamer reported the same news and revealed that Tobias Jesso Jr. and Alana Haim have dated last year. Taylor's BFF even posted a photo of them together on Tumblr last December. Swift has been hanging out with Alana and her sisters Este and Danielle recently.

The "Shake it Off" singer even shared a photo of herself together with the all-girl pop rock band on Instagram. They were all wearing a bikini and she captioned the photo: "Greetings from Maui! @haimtheband"

The band Haim was also named as the opening act for Taylor Swift's 1989 tour, which she announced on Twitter.  "The girls and I got to talking and I'm overjoyed to announce that @haimtheband will be joining The 1989 World Tour!! TOURING W/ SQUAD YESSSS," she wrote.

It seems that Alana has given her approval on Taylor Swift's rumored new boyfriend Tobias Jesso Jr. because they are still friendly despite the hook up that happened at the after-Grammys party.