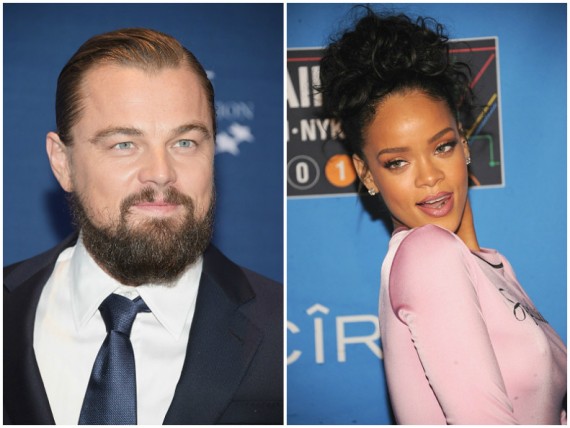 Rihanna and Leonardo DiCaprio were rumored to be dating because they were seen attending the same party or event several times.

However, no one can confirm yet that they were actually hanging out because there was no photo of them together. Not until recently when a first photo of the rumored couple was published by TMZ.

According to the website, the two got engaged into lots of PDAs during Riri's 27th birthday and "The Wolf of Wall Street" star can't seem to find time for himself.

"She's the baddest bitch in the party, but she's following him everywhere," their insider said. They also reported that the two have been hooking up for around three months now, but they aren't officially dating yet.

E! Online confirms the report on Rihanna and Leonardo DiCaprio's hook up during her birthday bash.

"The pair was seen kissing, touching and dancing with each other at the private party, which took place at James Goldstein's mansion in Beverly Hills," an eyewitness told the website.

Another source revealed that the "Diamonds" hitmaker and the "Titanic" heartthrob were having lots of fun and were in a happy mood that night. Other celebrities spotted at Rihanna's birthday party were Jay Z, Beyonce, Naomi Campbell, Mick Jagger, Russell Simmons, Alicia Rountree, and Angela Martini.

The day after Riri's birthday party, Richie Akiva who is also linked to the singer and is a good friend of Leo, threw another bash for the Bajan beauty at his club called 10AK. Fans are certain that Rihanna and Leonardo DiCaprio are dating based on the photo and statement of the eyewitnesses.

Unfortunately, that isn't the case as the 40-year old actor's representative.

"Leo and Rihanna are just friends. Leo is and has been single for some time," his rep said as reported by Page Six. In fact, Leonardo DiCaprio was seen getting cozy with another model at Matt Bellamy's party.