Ryan Gosling & Eva Mendes Will Get Engaged This Summer? ‘Hitch’ Star Is Already Making Wedding Plans! ‘He Is Completely In Love With Her And Their Little Girl’ 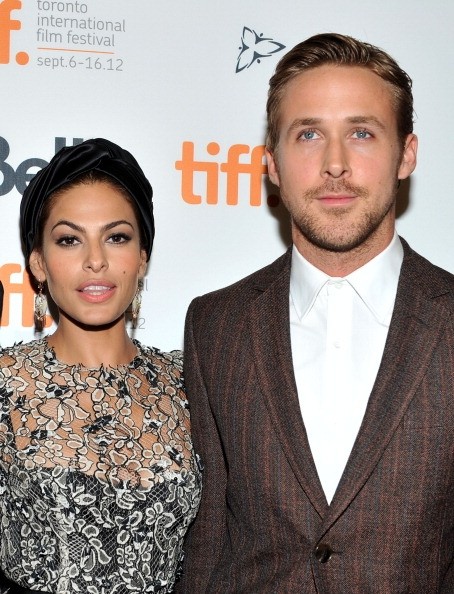 After giving birth to a cute baby girl, reports claim that Eva Mendes is now eager to get engaged to Ryan Gosling.

A few years ago, the 41-year-old actress admitted that she finds marriage old fashioned.

"I actually think it's really sexy to be with someone in your fifties and sixties and be like, 'That's my boyfriend,'" Mendes told Chelsea Handler via Us Weekly. "I think husband and wife is just... very unsexy."

But the "Hitch" star has reportedly changed her mind, now that Esmeralda Amada entered their lives. According to OK! magazine, the actress isn't only talking about engagement but she's already planning their wedding.

"Eva's next project will be her engagement to baby daddy Ryan Gosling and she's informed her fiancé-to-be that 'only 10 carats will do'!," their insider revealed.

The website reported that she got the inspiration from Lady Gaga who flashed the heart-shaped engagement ring she got from her fiancé Taylor Kinney.

"She wants a 10 carat princess-cut diamond solitaire - she LOVED Lady Gaga's ring and was openly admiring its design to Ryan, who's taking on board all her wishes," their source said.

Many fans are wondering when Ryan Gosling and Eva Mendes will get engaged.

"They'll get formally engaged over the summer and don't want a long engagement," their insider revealed. Since summer is just a few months away, would we be seeing a December wedding for the couple?

One of the highlights of the wedding is the dress and according to reports, the actress already knows what she wants and "The Notebook" star is very supportive.

"Ryan's so amenable right now and completely in love with her and their little girl, and Eva's totally taking advantage of it," said their source.

Eva Mendes recently turned 41. Check out her post-baby look photos published by E! Online. Is this a preparation for her upcoming engagement and wedding to Ryan Gosling?