‘Frozen 2’ Isn’t Happening! Directors Decided To Do A Short Film Instead Of A Full Length Movie! Are They Scared That It Will Flop? 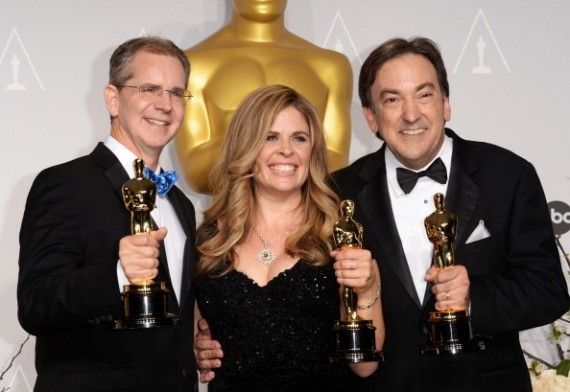 The "Frozen 2" rumors started when Idina Menzel made a comment about the Broadway musical and a sequel to the movie.

"They're all in the works," the 43-year-old actress said. "We'll see. I'm just going along for the ride." Many Disney fans were thrilled when they heard that statement. However, the actress that played Queen Elsa revealed that it's not happening yet.

"Apparently I spoke out of turn. I just assumed because it was so successful there'd be a sequel," Menzel confessed to The Times. She was also asked if there will be a "Frozen" musical and she replied: "I think they're working on [it] but the Disney people keep things close to their chests."

Despite what Idina Menzel said, there are still some fans who are hoping to see a sequel in the near future. Unfortunately, that won't be happening and this news came straight from the directors themselves. Chris Bruck and Jennifer Lee couldn't believe the success of "Frozen" and admitted that they were hesitant to do a sequel.

"It was the scary thing of, 'How do you follow Frozen up?'" Lee admitted to BuzzFeed News. "We were scared. I don't think we even began to understand what people liked about the movie." The Walt Disney animation became a worldwide movie phenomenon having earned more than $1.3 billion. It currently holds the record of being the highest-grossing animated film of all time.

"I don't think you can ever quite get your head around it," Jennifer said. "Two years ago, we were writing that and wondering if kids would even like this character [Olaf]. Every day we're still surprised. I don't know if I'll ever understand it."

Her co-director Chris Buck also feels the same way and can't believe how huge their movie is. "To have something like this take off is unreal," he confessed. "And to see it and hear about it all the time, you kind of pinch yourself. It's kind of an out-of-body experience. Like, 'Whoa. We did that.'"

Instead of creating "Frozen 2", Buck and Lee just decided to direct a short film entitled "Frozen Fever". But could there still be a chance for a sequel? "It all comes down to the story," Jennifer Lee said. "Like with the short, it was so daunting until we found the story. Then it was all of the things it usually is and we were thinking of every emotion and moment and feeling. I think that's all we can do."