Wolverine Will Team Up With The Avengers? Spider-Man May Also Join The Superheroes And The X-Man! ‘I Think As An Optimist I Would Love It’ Hugh Jackman Revealed 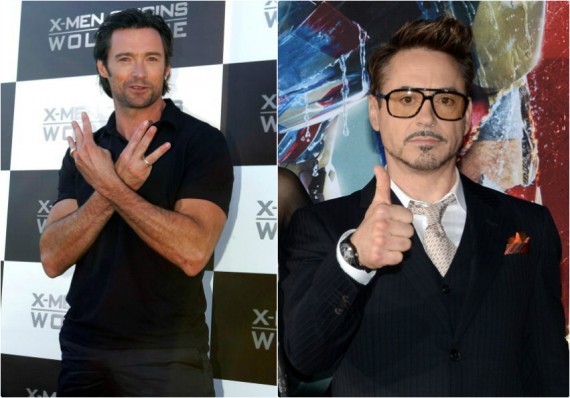 Many Marvel fans were thrilled when they heard from Hugh Jackman that there's a possibility that Wolverine will team up with The Avengers.

The 46-year-old actor also revealed the superhero that he wanted to appear in "Wolverine 3", which is scheduled for release on 2017 as reported by Movie Pilot.

During an interview with Yahoo UK, the Aussie superstar was asked if there's a chance that the characters of "The Avengers" film franchise will join the "X-Men" and the "Fantastic Four". "You know, I think as an optimist I would love it. That's the best thing about comic books; you can just pitch these characters into each other," Jackman said.

Last month, Sony Pictures surprised everyone when they announced that the web-slinging hero will appear in a Marvel Cinematic Universe movie. There were rumors that Spider-Man could appear in "The Avengers: Age of Ultron", but some people think that it's too late for that because the new "Spider-Man" movie is slated to hit the theaters on July 28, 2017.

I guess we'll have to wait until May 1 to find out if Peter Parker will do a cameo in the "Avengers 2". If not, then the new Spider-Man may appear in "Captain America: Civil War" which is scheduled for release on May 6, 2016. Apart from Captain America (Chris Evans), Iron Man (Robert Downey Jr.) will also headline the third installment. Could we be seeing Wolverine too?

"I'm surprised by what's happened with Spider-Man joining. You're in a very complex world where big, big sums of money are being spent for different franchises and so getting them together is difficult," said Hugh Jackman. So what are the chances of Logan from entering the Avengers world?

"Two years ago I'd have said you'd be a real optimist to think it'd ever happen, but weirdly now I just think it maybe could. I think there is the possibility that it will happen," the "Chappie" star said. Hugh Jackman was also asked who among the Avengers he wanted to see in the "Wolverine" sequel.

The Sydney-born actor chose Iron Man as long as Robert Downey Jr. will play the part. "I can't think of him as anyone else. They are inseparable.... I would love to do that," Jackman said. Whether Wolverine will appear in the next Avengers movie or vice versa, we all know now its chances from happening.