Demi Lovato Gets Turned On By Wilmer Valderrama’s Sweaty Photo! Are They Going To Get Engaged This Year? 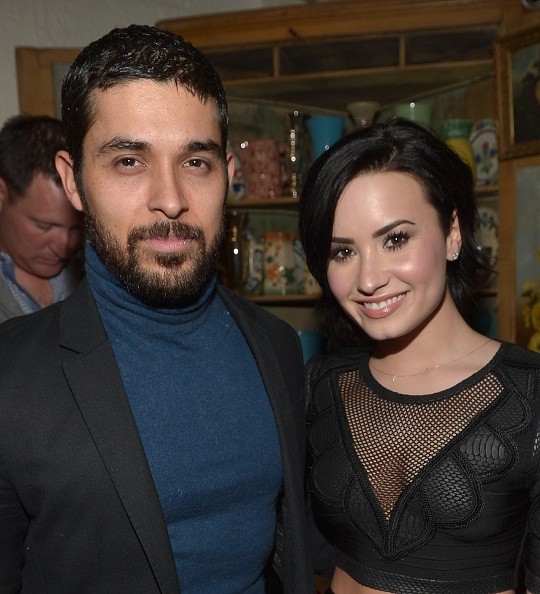 The relationship of Demi Lovato and Wilmer Valderrama is getting stronger and they can be seen attending different events together.

They were last seen at the UFC event in Los Angeles last week and it seems that the two are sharing the same passion now - which is fitness and health.

"Don't train to be skinny, train to be a #badass #healthy #fitness #selflove," she wrote on Instagram.

Just recently, she shared a photo of her boyfriend who appeared like he just finished working out. Wilmer had sweat all over his buffed body which made him looked sexier.

Demi probably got turned on by the 35-year-old actor as she secretly snapped his photo at the gym.

"Yeah so um....... This is mine.....?!!?!! Took this without him knowing.. #sorrynotsorry #RIPFez #luckiestwomanintheworldrighthere," she wrote on Instagram.

After posting her lover's photo, she also shared a workout selfie which could mean that they spent the day working out together. Demi Lovato and Wilmer Valderrama are very supportive of each other and they always find time to celebrate special occasions including Valentine's Day.

The "Really Don't Care" hitmaker even posted a photo of them together during their romantic date on Instagram and captioned the photo,

Many fans are wondering when they will get engaged because the two looked very much in love and have overcome many trials in their relationship.

During an interview with E! News, the star of "From Dusk till Dawn: The Series" finally addressed the Demi Lovato and Wilmer Valderrama engagement rumors.

"We're not engaged, but you know it's something that I definitely look forward to in the future. We'll see," said the actor as reported by J-14. "I'm sure that many Dilmer fans were thrilled when they heard that. 'You know, who knows?'" He teased some more.