James Franco Has A New Girlfriend? The Star Of ‘The Adderall Diaries’ Gets Cozy With A Mystery Girl! ‘I'm Dating My Assistant’ Actor Teased 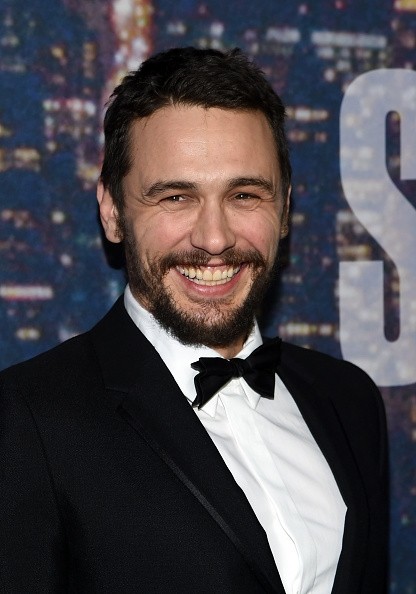 Does James Franco have a new girlfriend?

The actor has been single since 2011 and his last known relationship was with Ahna O'Reilly.

After that, he was romantically linked to several women including Amanda Seyfried, Ashley Benson, Emilia Clarke, Erin Johnson and Lana Del Rey.

Unfortunately, none of these women were confirmed to have officially dated the Hollywood heartthrob.

Last week, the star of "The Adderall Diaries" was spotted in New York City with a mystery girl and they were there to attend a movie screening.

Mail Online shared the photos of James Franco and the woman who is reportedly his assistant. In one photo, he appeared like he was planting a kiss on her cheek as they enter the Museum of Modern Art.

The blonde beauty was all smiles as the 36-year-old actor got close to her. Both were bundled up because of the cool Manhattan weather. Franco was wearing a black hooded parka and jeans matched with red beanie and dark sunglasses. His rumored girlfriend looked comfy in her dark blue hooded parka paired with black leggings and boots.

Just Jared shared more photos of James Franco and his rumored new girlfriend. The website even claimed that the actor kissed the girl during their movie date.

"The Interview" star saw the headline and decided to tease his Instagram followers with that photo.

Many girls reacted when the actor posted his photo with the mystery girl. Some of the comments there include

"I will kill myself if its true" and "Can't wait till these rumors go around about me".

We all know that James Franco enjoys hyping up the rumors about him so most probably the news about his new girlfriend isn't true.

Fans can catch the actor and his on-screen girlfriend, Amber Heard, this April as their movie "The Adderrall Diaries" premiere at the Tribeca Film Festival.