Is Taylor Swift Torn Between Calvin Harris And Harry Styles? DJ And One Direction Member Are Both Newly Single! 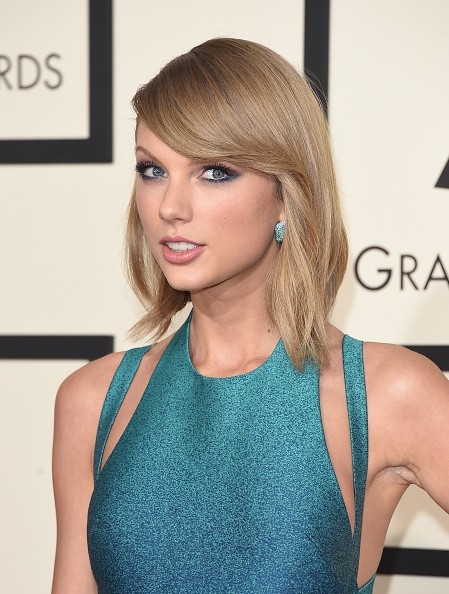 Taylor Swift is rumored to be dating Calvin Harris, but is she ready to give her heart away or does it still belong to her ex-boyfriend Harry Styles?

The 31-year-old DJ is reportedly officially single and his relationship with model Aarika Wolf ended before he was spotted flirting with the 25-year old pop singer at the BRIT Awards.

"Calvin and Aarika split around the time of the Brits last month," The Sun reported. "They were both into each other for a long time but it just didn't work out and they'll stay friends."

There were rumors coming out that the Scottish DJ ditched his girlfriend for the "Blank Space" hitmaker, but that isn't true.

According to the website, the real reason for their break up is reportedly his career.

"Calvin is always really busy and is constantly travelling around to DJ gigs so he's happy to be single for a while," their insider revealed.

Since Taylor Swift and Calvin Harris are officially single, then they have every right to hook up and flirt with each other at the BRIT Awards VIP Party.

"They went from holding hands, to dancing and finally segued into some very romantic touching," an eyewitness told Heat Magazine.

Some fans were thrilled when they found out that Taytay has found a new inspiration, but will she take things further with the DJ? With Harry Styles back in the picture, the "Shake It Off" singer may feel torn between her new lover and her ex-boyfriend.

Hollywood Life reported that Taylor Swift was overjoyed when she found out that Nadine Leopold dumped the One Direction member.

"She still has feelings for Harry and the fact that Nadine broke up with him kind of gives her pleasure," their source revealed. "Now he knows how it feels [to have his heart broken]. She never thought Harry and Nadine were right for each other anyway."

Now that the 21-year-old British heartthrob is single, the American singer allegedly thought she can have him back and even started texting him.

"Their mutual friends say she is definitely still hung up on him. She thinks they have potential despite their past breakup. But Harry isn't interested. He is actually kicking himself over losing Nadine," their insider said.

Since Harry Styles is allegedly still sad about his recent break up, then Taylor Swift may give Calvin Harris a chance to get closer to her and they may even make music together.