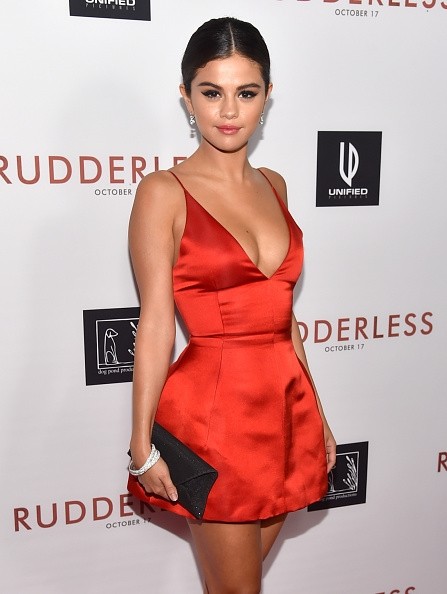 There have been rumors that Selena Gomez is planning to get plastic surgery to sex up her image so she can get Justin Bieber's attention.

It's no secret that the Canadian pop star is into hot women having been linked to some of today's top models such as Miranda Kerr, Kendall Jenner, Hailey Baldwin and Ashley Moore.

So the 22-year-old singer has to do something to stand out from these beauties.

According to Celeb Dirty Laundry, Selena wants to get a butt lift because she thinks that having a bigger buttocks will win her ex-boyfriend's heart. Some people thought that the "Behaving Badly" actress is over the Canadian bad boy because she's often spotted with her rumored boyfriend Zedd, but that isn't the case.

The website reported that Selena Gomez's three-year relationship with Justin Bieber had caused a lot of damage to her self-esteem and ego. She allegedly gets obsessed with the women that got linked to her on-again off-again boyfriend and tries to find out what they have that she doesn't have. The songstress realized that what she lacks is a nice butt to make her look sexier.

According to OK! Magazine, Selena Gomez is fed up with her small booty as she attempts to sex up her image.

"She's always hated how flat her butt is, and she doesn't care if she has to drop $20,000 to finally get the derriere of her dreams!" an insider revealed to the magazine.

This isn't the first time that the "Heart Wants What It Wants" hitmaker sparked rumors of getting plastic surgery. Last year, there were speculations that she had a boob job because of the low-cut tank top outfit that she wore in New York City which enhanced her cleavage. But a source claimed that she didn't go under the knife.

"This is a rumor that comes up all the time," an insider told E! Online. "She did not have any work done."