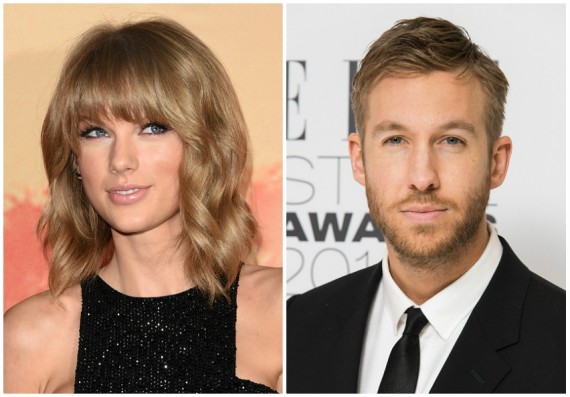 We reported last time that Taylor Swift is spending a lot of time with her rumored boyfriend Calvin Harris because she'll be on tour next month. The two have been spotted packing on the PDAs in several occasions including the concert of Kenny Chesney. They were last seen watching Haim in Los Angeles and was photographed leaving the show together holding hands.

Those pictures prove that there is definitely something happening between the two even if they haven't confirmed that they are officially dating. Unfortunately, the 25-year-old singer and 31-year-old DJ have to part ways because of their work. The "Blank Space" hitmaker will begin her 5-month world tour this May, which means that she would be spending less time with her rumored boyfriend.

Despite the distance, Taylor Swift has found ways on how she can work out her relationship with Calvin Harris. According to Us Weekly (via The Inquisitr), the couple will try to visit each other as much as they can even while she's on tour. "Tay has her private plane, so she can fly anywhere - or she can fly him to see her," a source revealed.

The singing sensation has also been sending steamy texts to the Scottish record producer. "She's very charismatic on her phone. She texts him a lot," an insider told the website. According to Hollywood Life, Taylor has managed to keep things steamy with the help of flirty and well-worded texts to Calvin even though their relationship is new and their work kept them apart from each other.

It seems that the "Shake It Off" singer is really serious about her new relationship with the UK-based DJ. In fact, he made her realize that what she had with her ex-boyfriend Harry Styles was not that special. "Taylor once thought she loved Harry, but since getting to know Calvin, she's realized that Harry was never really more than a crush," a source told Heat (via Metro).

And to prove to her new boyfriend that she's serious, she allegedly deleted the number of the One Direction member. "Taylor was more than happy to delete Harry's number. Calvin's made her realize that boys like Harry are toxic for her and given her the confidence to cut him out of her life for good," their insider said. "She's determined to show Calvin she's serious about him and wants him to feel as secure as she does."