Emma Stone And Andrew Garfield Split Up? Will The ‘Amazing Spider-Man’ Co-Stars Get Back Together? ‘Many Think It’s Really Over’ 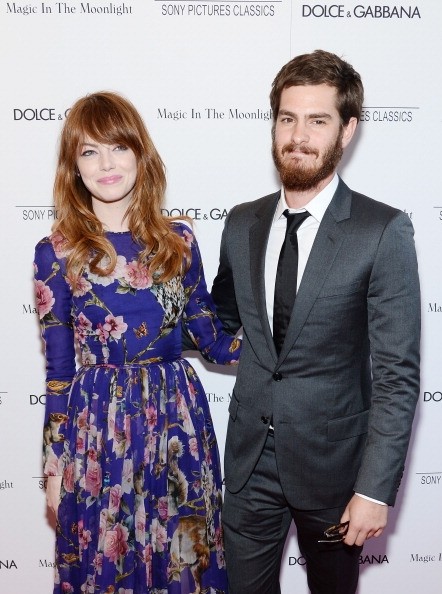 Fans of Emma Stone and Andrew Garfield were shocked when reports came out that the couple has split up. Although some news sites claim that they were just on a break from each other, but have not really called it quits.

According to People, the "Amazing Spider-Man" co-stars have been spending more time away from each other because of their work.

The 31-year-old actor is currently in Taiwan to film his latest movie "Silence," which is directed by Martin Scorsese. The 26-year-old actress, on the other hand, just finished filming "Aloha" alongside Bradley Cooper.

Breakup rumors started when Stone, who was nominated for her role in "Birdman," was seen alone at the Oscars.

"He's thrown himself in the project to the detriment of all else," a source told the magazine. "But it's too early to say the relationship is over." Emma Stone and Andrew Garfield have been together for three years and they are reportedly planning to take their relationship to the next level.

"They're both a slave to their schedules. This time last year they were privately discussing marriage," an insider revealed. Despite the busy schedule, some people believe that they will be able to work things out again. "It's one of those situations where only Andrew and Emma quite know if they'll pick up where they left off or they've separated. They are just separated for work," said their source.

However, there are other reports coming out that the two have drifted apart ever since Andrew Garfield lost "Spider-Man."

"He really just brought down Emma who is a super nice and happy person," a source told Hollywood Life. It seems that the actress has finally given up on her boyfriend.

"Emma was the one who started the break talk and friends and family really would be shocked if they started dating romantically again, many think it's really over," a source close to the former couple told the website.

The is still no official statement from Emma Stone and Andrew Garfield regarding the rumored split up.