Chris Wood Girlfriends List: Who Else Was 'The Vampire Diaries' Star Nina Dobrev’s Rumored Boyfriend Romantically Linked To In The Past?

"The Vampire Diaries" stars Chris Wood and Nina Dobrev have been getting quite close off set these days. Although there has been no confirmation that the two are actually a couple, they have not been shy in showing off their close relationship on social media.

Hopes of them having an on-screen romance were squashed, however, when the Bulgarian beauty announced her decision to exit the hit CW show. Hopefully, Dobrev and Wood will continue to keep in touch even after their time together in "The Vampire Diaries."

Dobrev wasn't the only actress that Wood was romantically linked to in the past. In fact, he has been linked to a couple of his co-stars on stage and on screen.

He was rumored to be in a relationship with Jodi Lyn O’Keefe, another “The Vampire Diaries” co-star, after appearing together in an event, but the two were reportedly just close friends.

He also got cosy with "The Carrie Diaries" star, AnnaSophia Robb, during his stint as Adam Weaver on the said show. Speculations of them dating started in 2013 and they looked quite close despite the 6-year age gap.

Fans are also hoping for a romance to bloom between his “The Vampire Diaries” character Malachai Parker and Kat Graham’s Bonnie Bennet. Now that Jeremy Gilbert (Steven R. McQueen) already died, Bonnie is now open for a new love interest on the show.

Browse through the gallery to see Chris Wood's girlfriend list so far! 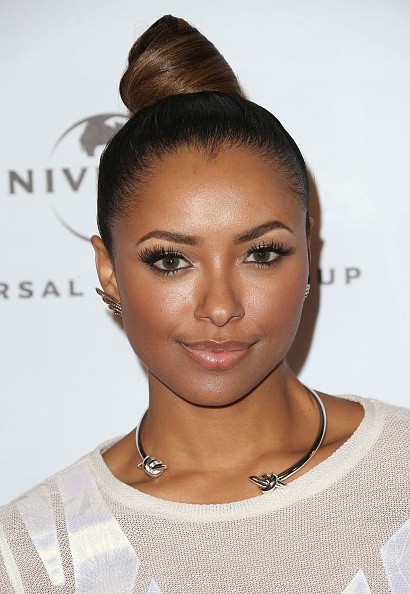