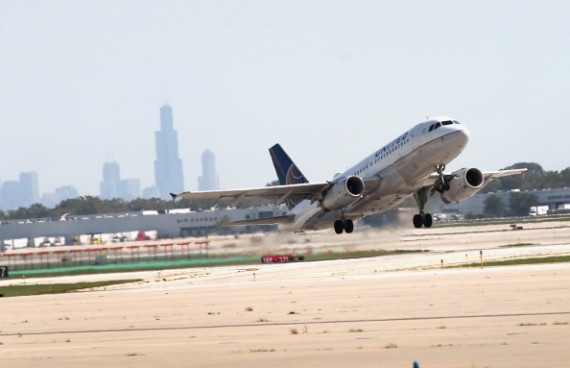 The U.S. city of Phoenix is suing the Federal Aviation Administration (FAA) for the airplane noise troubling the area since late 2014. City officials and residents are blaming the FAA for the disturbance.

Commercial planes taking off and touching down on Phoenix Sky Harbor International Airport have been causing sleepless nights to many residents. Complaints of intolerable disruption also abound since the FAA altered the aircrafts' flight path September last year, The Associated Press reported.

Amidst the problem, the only solution offered by the FAA is a promise that noise reduction measures will soon be implemented but the actual remedy will not be felt until next year. Faced with the seeming non-action by the FAA, Phoenix officials told AP that hailing the agency to court is the best solution available for now.

No solution in sight

City officials are also saying that the FAA seemed uninterested in resolving the problem quick. According to Phoenix city councilman Michael Nowakowski, not one federal official showed up during the earlier scheduled community meetings to deliberate on the problem.

And when the FAA finally sent representatives, the agency appeared unwilling to offer compromise. The Phoenix airport revised flight plan was implemented for optimal aviation fuel use and enhanced safety measures, CNN reported. It turned out, however, that it came with a high cost.

Phoenix city administrator Ed Zuercher told AP that along with the noise pollution, the economic damages have become unbearable. To date, the city has spent hundreds of millions to cushion the impact of the disturbance, Zuercher added.

Apart from the worsening discomfort, Phoenix residents are fearful that more serious problems will surface. Health-wise, the air quality around the city has been observed to deteriorate no thanks to the accelerated aviation activities when the FAA thought it wise to bring the plane overflies closer to residential areas, Phoenix resident Michael March told CNN.

March is also worried about the economic cost of the problem currently plaguing his neighborhood. "It could threaten home values," he said.

He stressed, however, that Phoenix has no plans of driving away the airport business with the lawsuit. "All we want is just the old flight patterns to be put back," March said.