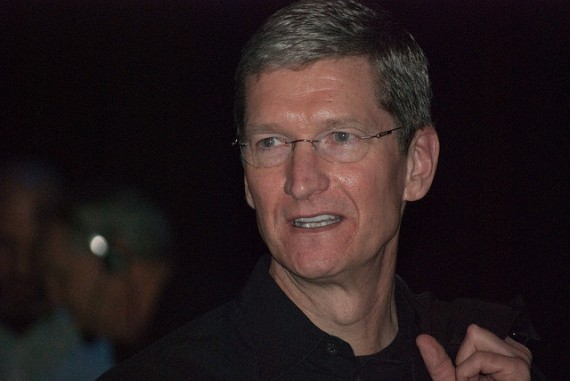 Apple chief executive Tim Cook is claiming that companies likes Facebook and Google are using their free online service to monetize on the private data of users. His company will never take on the same path, Cook said.

Speaking remotely for the EPIC Champion of Freedom event in Washington, Cook accused top tech companies of "gobbling up everything they can learn about you and trying to monetize it." The Apple chief did not mention Facebook and Google directly but provided hints on their identities, TechCrunch reported.

Cook particularly zeroed in on Google, making reference on the Internet search giant's recently launched Google Photo. The service, Cook said, takes away from users the full control of their personal information.

"You might like these so-called free services, but we don't think they're worth having your email, your search history and now even your family photos data-mined and sold off for god knows what advertising purpose," the Apple big boss warned.

Cook also scored what he described as the U.S. government efforts to undermine civil liberties. "Some in Washington are hoping to undermine the ability of ordinary citizens to encrypt their data," the executive revealed.

Specifically, the TechCrunch report noted that the Department of Homeland Security is campaigning against total encryption of devices, which the agency deemed as aiding terrorist activities. Cook dismissed the argument, saying that Apple will remain committed in protecting the private data entrusted by customers to the company.

"We've been offering encryption tools in our products for years, and we're going to stay on that path. We think it's a critical feature for our customers who want to keep their data secure," Cook said.

Apple, however, is not entirely free of the blame for the misdeeds the company said its rivals are guilty of. In late 2014, online security experts have called attention on a practice by Apple to back up user personal data to the iCloud minus an explicit permission, The Guardian said in a related report.

From that episode though the company may have shifted gears by now as Cook stressed that firms respectful of the right to privacy are also protective of "our way of life."