McDonalds to Sell Taiwan Stores to Franchisees to Focus on China 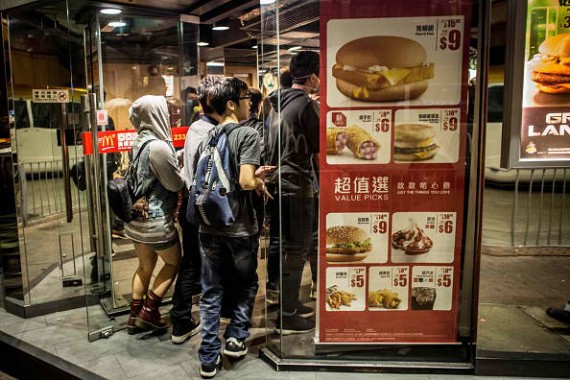 American burger chain McDonald's Corp. plans to sell its Taiwan stores to a franchise operator to focus more on its operations in China.

The move follows the announcement of new CEO Steve Eastbrook that the company will offer more restaurants for franchising in the US and abroad. The goal is to have 90 % of stores owned by franchisees from the current 81%. It also provides more insight to Eastbrook's May announcement that a company-wide revamp is underway for the burger chain.

The report noted McDonald's turns over store operations to franchises and licensees in mature markets, but is hands on in newer ones despite the higher costs to ensure quality and guide growth.

The Wall Street Journal, meanwhile, noted that the decision may be part of McDonald's efforts to revitalize its business in China, which suffered from a food scare last year. Chinese consumers grew wary about the food safety of foreign fast food chains after a report showed how a supplier is using expired meat.

Although McDonald's remains the leader in the fast food industry worldwide, its business has been on a decline at home as competition tightens. It was recently reported that the company will have fewer stores in the U.S. this year, as underperforming branches are closed.

In China, whose fast food market is estimated to be worth around $175 billion, McDonald's trails Yum Brands  Inc.'s KFC chain, which has a  5.1 percent share of the market compared to the Golden Arches' 2.6 percent.