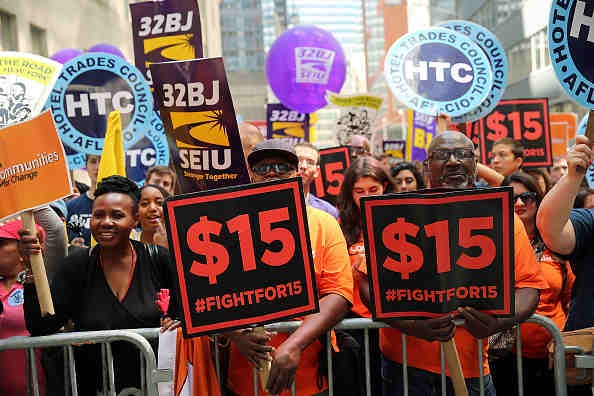 Fast-food workers in New York will have something to cheer about.

The New York Fast Food Wage Board has voted unanimously to raise the minimum wage of fast-food workers to $15 an hour by the end of 2018 in New York City and by mid-2021 in the rest of the state, according to a press release by the New York State Department of Labor.

The increase would also cover fast-food restaurants that are a part of chains that have 30 or more locations nationally.

In a report from Reuters, the Wage Board was formed at the request of Governor Andrew Cuomo in May, following the turn-down of his proposal for a minimum wage increase for most workers by the state legislature.

"This is going to help hundreds of thousands of New Yorkers, but this is going to do something else," Cuomo said in a report from Reuters. "Because when New York acts, the rest of the states follow."

A report from the New York Times states that Advocates for low-wage worker said the $15 increase mandate would spur other industries across the state to raise pay for their employees.

"Chalk one up for the 99-percenters," said Bill Lipton, director of the Working Families Party in New York, to the New York Times. "There's clearly a new standard for the minimum wage and it's actually a living wage for the first time in many, many decades."

The Wage Board must now finalize and submit a report to Acting State Labor Commissioner Mario J. Musolino, who may accept, reject or modify the board's recommendations and file a wage order, according the to the press release.

Once the report is filed, Musolino needs to file the wage order within 45 days. The order is then subject to an additional regulatory process.