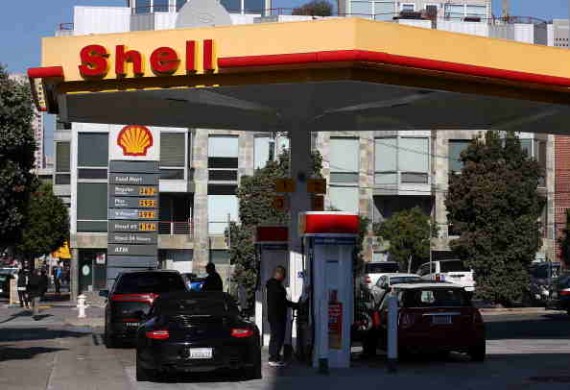 Royal Dutch Shell Plc, in a press release, said that they will be reducing costs and slashing jobs later this year due to the continued downturn in the prices of oil.

As the company's sustainable cost reduction programs build momentum, operating costs are expected to fall by over $4 billion, or 10 percent in 2015.

The company also said that they plan to further reduce operating costs in 2016, according to the press release.

Aside from operating costs, capital investment is also expected to be reduced by $3 billion since its last update in April or $7 billion since 2014.

Capital investment is expected to be around $30 billion, reflecting a reduction in costs, project cancellation and growth options re-phasing, the company said in the press release.

The company also said, in the press release, that 6,500 staff and contractors are also expected to be reduced in 2015.

The reductions are due to the continued downturn in oil prices.

"We're successfully reducing our capital spending and operating costs, and delivering a competitive performance in today's oil market downturn, Ben van Beurden, CEO of Shell, said in the press release. "We have to be resilient in a world where oil prices remain low for some time, whilst keeping an eye on the recovery."

Bloomberg adds that Shell joins Chevron Corp. and BP Plc in reducing jobs, deferring projects and selling assets to strengthen their balance sheets and maintain dividend payouts. The world's biggest oil producers are trying to wrestle against the drop in oil prices, which have dropped by 50 percent in the past year.

Aneek Haq, head of oil and gas at Exane BNP Paribas in London, told Bloomberg that Shell is positioning its business to deal with the continued oil price reduction.

"They've now gone further than their peers on cost cuts in this scenario," he said.

In addition, last April, Shell also stated that oil prices are expected to return to $90 a barrel in three years.

They now believe, though, that the downturn in oil prices "could last for several years," according to the press release.