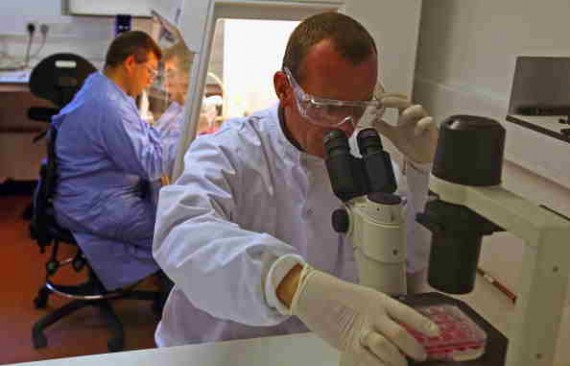 Shire Plc has announced that they have made a proposal to Baxalta, Inc. on July 10, 2015, for a possible merger in an "all-stock transaction," according to the press release issued by Shire.

The proposed deal would have Baxalta shareholders receiving 0.1687 Shire American Depositary Receipts for each Baxalta share.

This would imply a value of $45.23 per Baxalta share, a 36 percent premium over the closing stock price of Baxalta as of August 3, 2015, according to the press release.

The combination of the two companies would create a leading global biotech company that is focused on rare diseases.

The combined companies would bring innovative new therapies to market for patients with rare, often life-threatening, diseases and conditions, according to the press release.

Flemming Ornskov, chief executive officer (CEO) of Shire, said in the press release that the proposed combination would be attractive "strategically and financially" for both companies.

Shire and Baxalta, together, is also projected to provide product sales of $20 billion in 2020.

"Together, the companies would be projected to deliver $20 billion in product sales by 2020, with the financial and operational firepower to fuel further innovation and growth in rare diseases," Ornskov said in the press release.

Bloomberg adds that rare disease treatments have become one of the hottest properties for drugmakers.

Treatments for rare diseases, which is defined by the Food and Drug Administration as diseases that affect fewer than 200,000 people, offer companies the potential for high-priced products and incentives offered by regulators.

The incentives would include tax breaks and seven years of market exclusivity, according to Bloomberg.

Baxalta, though, has yet to engage in any talks with Shire.

The press release also has a letter, dated Aug. 4, showing that Ornskov wrote to Baxalta.

In the letter, it mentioned that he has been trying  to get Ludwig N. Hantson, his counterpart at Baxalta, to engage in discussions since July.

On July 31, weeks after receiving the proposal, Baxalta declined to engage in negotiations with Shire.

The letter also states that Ornskov is surprised by the lack of engagement from Baxalta.

"As a result, you have left us with no choice but to make our proposal known to your shareholders. We believe they deserve an opportunity to consider it," he said.