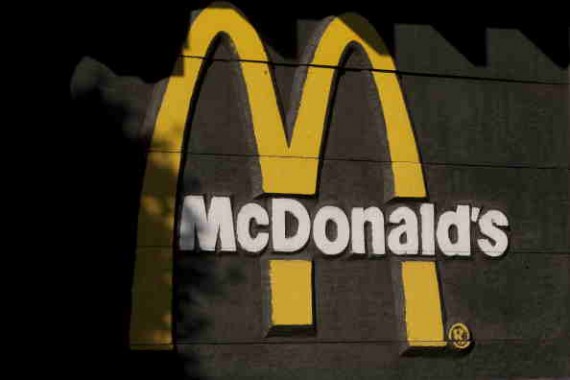 McDonald's Corporation will be cutting 135 jobs at its headquarters in Oak Brook, Illinois, and 90 more overseas, according to a report from Bloomberg.

The move is part of the company's cost-cutting as it struggles with declining sales.

McDonald's has been struggling with declining sales in the U.S., reporting a sales drop for seven straight quarters, according to Bloomberg.

The Chicago Tribune adds that the company reported in July a $1.2 billion second-quarter profit, a 13 percent decline from the same period a year ago.

McDonald's has been reducing costs and streamlining the business as it tries to cope with the continued drop in sales, according to Bloomberg.

Reuters adds that McDonald's Chief Executive Officer Steve Easterbrook has announced last May the company's plan to cut $300 million in expenses by the end of 2017.

The cost reduction is part of the company's plan to make McDonald's more nimble in a very competitive market.

"We do not take decisions that impact jobs lightly, but we committed in May to implement meaningful changes to reset our business, remove layers and find cost efficiencies, and we are acting with a sense of urgency on that commitment," Heidi Barker Sa Shekhem, McDonald's spokesperson said, according to Reuters.

The Chicago Tribune adds that the laid off staff will remain in the company's payroll until mid-September.

The company has already laid off 353 employees worldwide, 263 of which are employees at its headquarters, according to the Chicago Tribune.

Bloomberg adds that earlier this year, McDonald's has closed its chain office in Raleigh, North Carolina, and Scottsdale, Arizona. Several of the workers there were offered different positions within McDonald's.

McDonald's, which is the world's largest restaurant chain, has about 420,000 workers worldwide, according to Bloomberg.

The number includes the restaurant workers it employs at its corporate-owned locations.