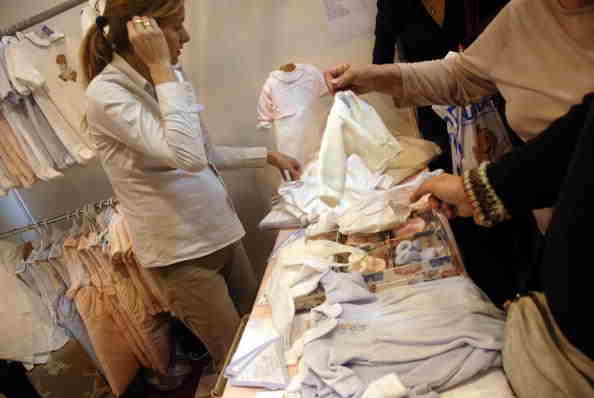 Precious Cargo has announced the recall of its Infant One-Piece garment due to a potential choking hazard to young children, according to a company-issued press release.

The choking hazard comes from the one-piece garment's three snap bottom closure that can be detached.

Precious Cargo has advised consumers who have already bought the product to stop using the one-piece garment immediately, according to the press release.

The company also posted a description of the one-piece garment, which comes in three sizes and 13 colors, for further identification.

"Product is typically embellished by the application of a corporate or community organization logo prior to sale or distribution to consumers," the company added.

Aside from the description of the one-piece garment, the company also provided a list of the tracking label, that is sewn into the inside left seam, in further helping identify the garment for recall.

The list of the tracking number and style number can be seen in the company's press release.

Consumers can contact Precious Cargo for directions on how to return for a full refund.

The U.S. Consumer Products and Safety Commission (CPSC) has stated in their report of Precious Cargo's recall that the number of units to be recalled is about 479,000.

No injuries or any other incidents have been reported, the CPSC added.

The Infant One-Piece garment has been available in stores since July 2014, according to the company's press release.

Precious Cargo's Infant One-Piece garment is just one of several children's items that are being recalled.

The Times-Tribune added that The Manhattan Toy Company's "My Snuggly Ellie Activity Toy," a plush brown elephant with white crinkle ears, is also being recalled over a potential choking hazard.

The wooden ring in the toy can break into small pieces, which could potentially choke a child who swallows it.

MZB's Children "Light Up" watches are also being recalled, due to the risk of skin irritation, redness, rashes or chemical burns, according to The Times-Tribune.

The case-back of the watch can be detached and expose the interior of the watch to water. This could cause the child to have skin irritation, redness, rashes or chemical burns.

More details about the list of MZB "Light Up" watches, that are part of the recall, can be seen in at www.regcen.com/lightupwatches.