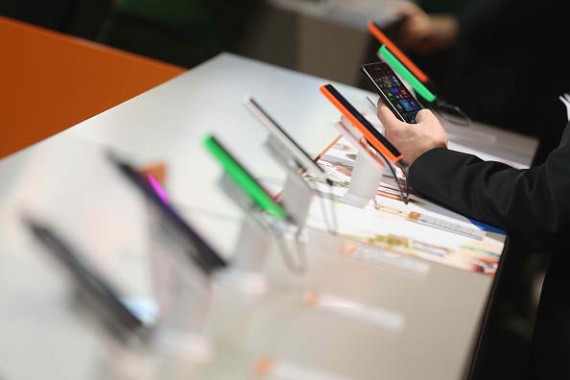 Finland`s Nokia is looking to make a comeback in the handset business with plans aimed to make the company more competitive in a unit it once sold to Microsoft.

Reuters reported on Monday that Nokia is in the midst of a hiring binge with advertisements on LinkedIn inviting software engineers to join its team in California believed to be in charge of developing Android operating systems that will be used in its mobile devices.

The report said Nokia CEO Rajeev Suri is bidding his time since the company is still barred from entering the handset business until 2016 as part of its non-compete clause when this was sold to Microsoft.

However, the company is steadily moving back to consumer market with the launch of its Android tablet in January and the recent unveiling of a virtual-reality camera that signals the arrival of a new Nokia, Reuters said.

The news wire said that Nokia is providing little information about its comeback plans aside from saying it is working on new consumer products that would include phones.

It added that Nokia faces an uphill climb in the market that is fast-changing and dominated by powerhouse Apple.

Still, Nokia has the tools to contend given its deep intellectual property resources and an expected boost in brain power with the completion of its 15.6billion-euro acquisition of Alcatel-Lucent, a U.S. research center whose scientists have won eight Nobel prizes, Reuters said.

Gizmodo noted that Nokia will be playing it safe this time, with brand licensing agreements with other phone manufacturers. The move is meant to protect the company from manufacturing risks but is expected to generate lesser returns than going at it alone.

Reuters, however, said such an approach makes sense since Nokia now generates a bulk of its income from selling network equipment to telecommunication companies and the brand licensing could potentially generate additional revenues at low cost. It added that such a model has proven successful for other European manufacturers.

Reuters said the company is banking on the idea that people still have a soft spot for the Nokia brand that once dominated the mobile phone industry. However, it added that the variety of choices and the company's long absence from the market would be hurdles to its successful return.