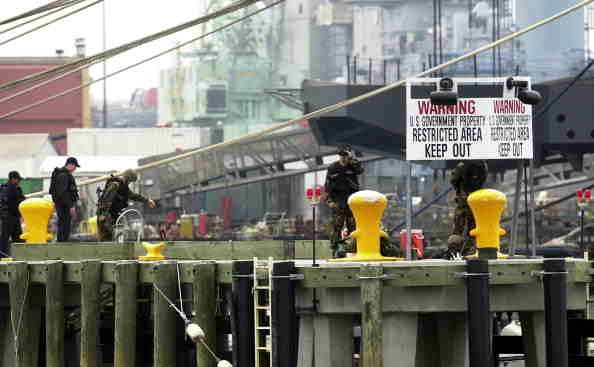 The Norfolk Naval Shipyard, a federally run shipyard in Portsmouth, Virginia, has conducted a job fair in Biloxi, Mississippi, looking to expand its workforce, according to a report from WLOX.

This is the first time Norfolk conducted recruitment outside of its hometown.

Norfolk is one of the oldest and largest shipyards in the world and it specializes in repairing, overhauling and modernizing ships and submarines, according to its website.

The shipyard is looking to grow its workforce due to their workload, Jeff Cunningham, deputy executive director at Norfolk, told WLOX

"Over the next couple of years, our workload requires that our workforce grow," he said.

Cunningham told WLOX that last year alone, Norfolk has hired 1,200 people to work for them, and they are looking to grow that number with the job fair.

WLOX reported that the available jobs are for people with certain skill sets like mechanic, electricians, welders and many more other positions.

Mississippi was a natural selection for conducting the job fair, Cunningham told WLOX.

"There's a shortage in the skill sets that we're looking for, and we understand that down here, there are hardworking, good people that we would welcome to come to Norfolk to work," he said.

The Washington Post added that the job fair was held at the Mississippi Coast Convention Center, and it was attended by some people who have worked in shipbuilding before.

Carlos Holloway, one of the people looking for an opportunity in the job fair, told WLOX that the job fair is a "good experience."

"If you have the experience you should try it. If you don't, it's something to think about," he said.

Aside from Holloway, there are also other attendees who have experience in the electrical side of shipbuilding, according to WLOX.

Michael Davidson, a person who used to work for Trinity Yachts, a company that serviced the ship's electrical components, told WLOX that he is looking to get an entry-level position at Norfolk.

"Even if you don't have the experience, they have an apprenticeship program to get started in and work your way from the bottom," he said.

A complete list of the shipyard's openings can be seen in USA Jobs, a website where job openings in the U.S. government can be found.