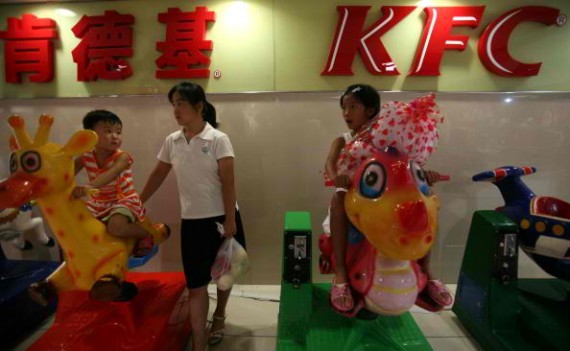 Fastfood chain operator Yum Brands Inc. has named a new chief executive for its China operations, where it receives half its sales despite challenges from food-safety issues and changing consumer preference.

The Wall Street Street Journal reported that Micky Pant, 60 and former head of the KFC division, will be the new CEO. He replaces Sam Su, 63, who will retire as chairman and chief executive of the China operations. It added that Su will remain on the Yum board and serve as an adviser until February 2016.

In a statement on its website, Yum CEO Greg Creed thanked Su for his contribution to the company and hopeful in Pant's stint as head of operations in China.

"Micky has been one of our most effective and visionary leaders at YUM for the past decade. He is one of the finest brand builders in the business with an unparalleled ability to understand consumer insights and to pursue strategies that build trust and loyalty. At the same time, he is a culture champion and world-class business executive, who knows how to run and grow profitable businesses and attract world-class talent,"

Yun also announced that it promoted Joey Wat, President of KFC and Peter Kao, SVP and Brand GM of Pizza Hut, who are promoted to Chief Executive Officer of their respective brands, and will report to Pant.

The Wall Street Journal noted Yum's new senior officials come in as the company is trying to recover from food-safety issues and the chain's loss of novelty among consumers in China.

The paper said in 2012, the Chinese media reported that its KFC chain had artificially induced its chickens to grow faster. The paper added that last year, Yum's suppliers were accused of selling expired meat to the chain and competitors McDonald's and Burger King.

In its second quarter performance report, Yum said restaurant margin in its China division rose by 14.6%, even though same-store sales declined 10%.  The company added that it still expects improvement in the second half and is on track to open at least 700 new restaurants this year.