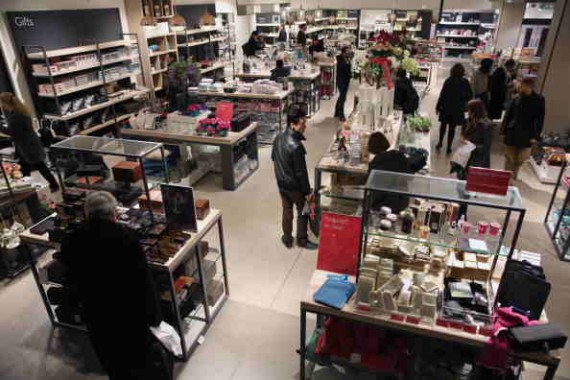 Stage Stores, Inc. have reported that it plans to close down approximately 90 stores that are underperforming as part of its strategic evaluation of its real estate portfolio, according to a press release issued by Stage Stores.

The announcement comes after the company posted disappointing figures in its second quarter earnings report.

Stage Stores said in the press release that the company's net income in the second quarter came in at $7 million, or $0.22 earnings per share.

This figure falls sharply, compared to the second-quarter of last year's $0.35 earnings per share.

Michael Glazer, president and CEO of Stage Stores, said in the press release that the company was affected by the impact of an economic softness in certain areas.

"We were challenged by the impact of a weaker peso and economic softness in parts of Texas, Louisiana, Oklahoma, and New Mexico," he said. "Our earnings decline over the prior year was driven by a decrease in merchandise margin as we accelerated markdowns on seasonal categories."

Glazer added in the press release that the closure of the stores should help the company.

"The closure of stores should enhance our capital efficiency, deliver higher productivity and be accretive to earnings," he said.

The company's stores operate under the names the Stage, Bealls, Goody's, Palais Royal, and Peebles.

CBS DFW also added that North Texas, alone has more than a dozen Bealls stores in its areas.

The company didn't provide in which locations the 90 stores will be closed.

Comparable sales will be also expected to come out flat, compared to its previous expectations of flat to 2 percent.

Glazer says in the press release that the reduction in the 2015 outlook is due to macro headwinds likely to extend in the second half of the year.

"We are reducing our full year guidance, as we expect that the macro headwinds of the first half are likely to extend to the remainder of the year," he said.