Boeing on Track to Achieve Production of 737 Max, Despite Reports of Delays from Boeing's Supplier 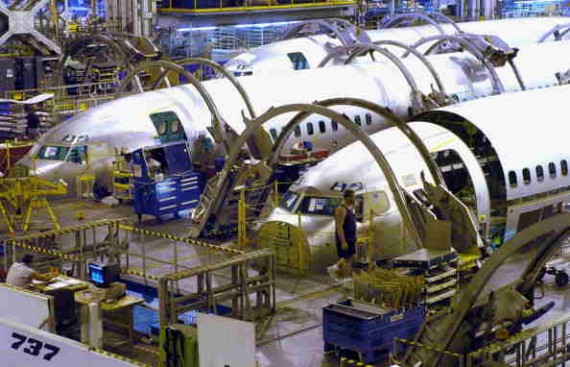 A company spokesman said that Boeing Co. is still on track to achieve the company's target production of its 737 Max jetliner, according to a report from Reuters.

The statement comes after reports that there is concern that GKN Plc, Boeing's supplier of one of its jet's crucial part, will be delayed in its production.

Reuters adds that Doug Alder, Boeing's spokesman, said that the company still expects its first 737 Max to roll out before the end of 2015 and fly it in early 2016.

Alder also said that Boeing also expects to deliver it on time to customers, beginning in the third quarter of 2017.

The Wall Street Journal reported on Aug. 20, 2015 that industry executives and engineers that are familiar with the matter are concerned that GKN won't be able to produce enough of the 737 MAX's engine thrust reverser.

The delay in the component would derail Boeing's plan of boosting its monthly production of single-aisle Max jetliner.

The Wall Street Journal adds that the problem comes from the thrust reverser's inner wall, which is made from an exotic titanium honeycomb to save weight.

The problem is that if the inner wall will fit the available space and withstand the high temperatures of the engine.

"As part of any development program, newer technologies are put through a rigorous process to demonstrate their technical performance and rate capability," Alder said to Business Journal's TechFlash blog.

"The TiInner wall is going through that process now, to ensure components will be producible at future production rates," he added. "We have every confidence that our production processes will meet rate requirements."

Reuters adds that Boeing is trying to hit a record when it comes to the production speeds of its 737 jetliner program, often called the company's cash cow.

The company is aiming to build 52 jets per month by 2018, compared to its current 42 jets.