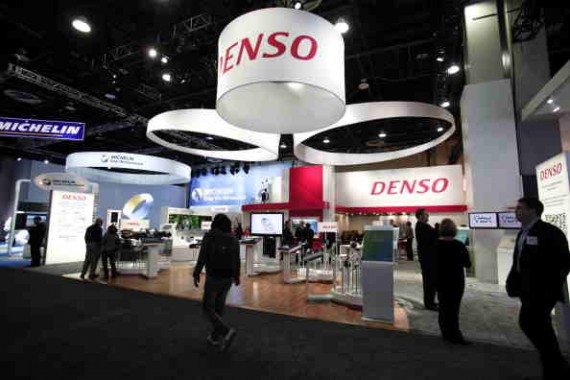 DENSO Corporation, a global auto supplier, will be investing $400 million and hiring 500 people, as it expands its manufacturing capabilities, according to DENSO's press release published in Virtual Press Office.

The company will also be building a new warehouse at DENSO Manufacturing Tennessee, its manufacturing facility in Maryville.

The new warehouse will allow the DENSO's manufacturing facility in Maryville to produce products such as heads-up displays, meters, and electronic control units, according to the press release.

It also allows the facility to consolidate its various warehouse operations in the Maryville area into one location, that's in the company's campus.

Jack Helmboldt, president of DENSO Manufacturing Tennesse, said in the press release that "DENSO is committed to strengthening and expanding its product development and manufacturing capabilities across the region."

"We're excited about the additional opportunities this expansion will bring to our company, our employees, the Maryville community and the state of Tennessee," he said.

The Daily Times added that the announcement came during the dinner of the 25th anniversary celebration of DENSO.

The company has been operating in Tennessee for 25 years.

Helmboldt said, during the dinner celebration, that DENSO Corporation has shown confidence in Maryville through its repeated investment in the city's DENSO unit, according to The Daily Times.

"They supported us and led us in a direction that has resulted in much success," he said.

Sen. Lamar Alexander, the keynote speaker during the celebration and a native of Maryville, said in the press release that the addition of 500 new jobs is the best way for the company to celebrate its "25 years in Blount County."

"These 500 new jobs are one more example of how the auto industry has spread into 80 of Tennessee's 95 counties to become the main contributor to raising our family incomes," he said.

Gov. Bill Haslam, who also attended the celebration, said that DENSO's $400 million investment and the 500 jobs to be added is a big deal, according to The Daily Times.

He said that the 500 jobs will have an average wage in the mid-$20 per hour range.

The Daily Times added that Randy Boyd, commissioner of Economic and Community Development, said that DENSO will be getting an incentive package from the state.

However, details are still being finalized and will be released at a later date.