Best Buy Plans to Sell Apple Watch in 1,000 Stores Due to High Demand 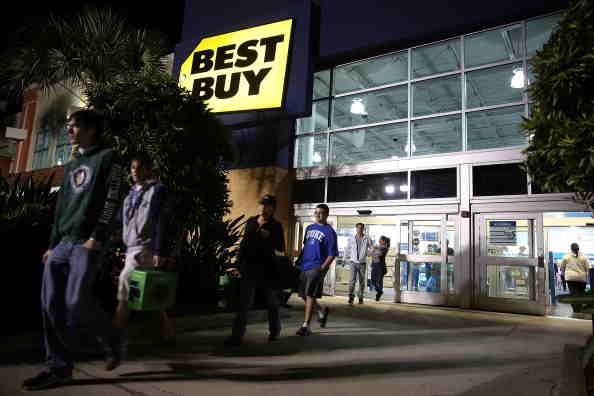 Best Buy is planning to offer Apple Watch in all 1,000 of its stores by the end of September due to the high demand that the watch generated from the stores' consumers, according to a report from the International Business Times.

Sharon L. MacCollam, chief financial officer at Best Buy, told the International Business Times in an earnings call that having the watch available in all 1,000 stores is a big deal for the company.

"I think we can all agree the Apple Watch is certainly iconic and having it in all 1,000 stores by the end of September is a big deal for us," she said.

Fortune adds that Best Buy originally plans to offer the Apple Watch in 300 stores by the holiday season.

But the demand of the product changed the plan.

In addition, the report mentioned that Apple Watch provided Best Buy with a big assist on the turnaround of its sales for the second quarter.

The company reported a 3.8 percent rise in its domestic comparable sales for the second quarter, ahead of expectations from Wall Street.

The International Business Times also reported that Best Buy's earnings came in at 46 cents per share, up from 42 cents from the same quarter a year earlier.

Fortune adds that Hubert Joly, CEO of Best Buy, told analysts at a conference call that there was high demand for the watch.

"Demand for Apple Watch has been so strong in the stores and online," he said.

Joly also announced that they are updating Best Buy's Apple shop-in-shops at 740 stores, according to Fortune.

The updates include new fixtures and more display tables where more phones, computers and tablets can be displayed.

In the report, Joly also said that the company will begin to offer AppleCare product services this quarter.