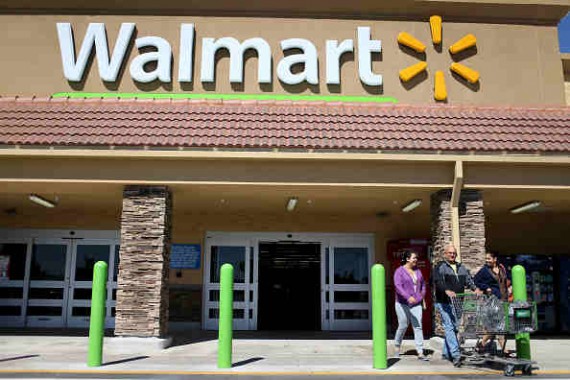 Walmart will no longer be selling several modern firearms such as the AR-15 and the semi-automatic shotguns that have a magazine capacity of seven or more rounds, according to a report from Bearing Arms.

The decision to stop selling these firearms was due to sluggish sales.

Kory Lundberg, senior director for Corporate Communications at Walmart, confirmed the rumors to Bearing Arms of the company's plan to remove the firearms in the stores' shelves.

Lundberg also adds that the decision was purely business and not related to politics.

Forbes adds that Lundberg told them the company has been carrying "modern sporting rifles" in just "less than a third of their stores."

"Our merchandising decisions are driven largely by customer demand," Lundberg said. "In our everyday course of doing business, we are continually reviewing and adjusting our product assortment to meet our customers' needs."

Forbes adds that the company has been facing pressure for the past few years to stop selling firearms, including the AR-15 rifle in its stores.

Groups that promote gun safety, like the Moms Demand Action, a Michael Bloomberg-backed group, and an Episcopal church in New York's Financial District, have been the ones pressuring Walmart.

The New York Times adds that the company's gun sale policy have taken a hit due to the guns used in the mass shootings that have happened in past years can be bought from the store.

Walmart is now just selling the last supply of firearms that will be taken out of its inventory, according to Bearing Arms.

Lundberg adds that they are offering the remaining guns at steep discounts.

Bearing Arms adds that in place of the firearms to be removed, Walmart will be replacing them with more economical models for the stores hunting-driven fall product mix.