Apple and Boeing, Joins other Companies and Groups to Develop Wearable Tech for Department of Defense 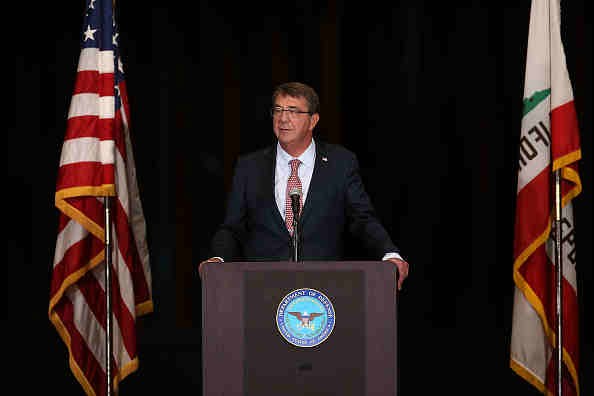 Apple, Inc. and Boeing Company joins the FlexTech Alliance, a consortium of 162 companies, universities and other groups, in developing a wearable tech for the U.S. Department of Defense (DoD), according to a report from Reuters.

U.S. Defense Secretary Ashton Carter awarded the consortium $75 million to help them research and develop a wearable technology to be worn by the country's soldiers, according to Reuters.

The DoD is asking the FlexTech Alliance to develop an electronic system packed with sensors flexible enough to be worn.

A press release from the DoD states that the awarded budget to FlexTech Alliance is for five years and they will be creating what will be called a Manufacturing Innovation Institute for Flexible Hybrid Electronics.

The cooperative agreement will be managed by the U.S. Air Force Research Laboratory.

The DoD also adds in the press release that the awarded budget matches about $96 million funding from industry, academia, and local governments.

The new institute will receive a total funding of about $171 million.

Reuters adds that Carter said, while in a speaking engagement in NASA's Ames Research Center, that the wearable tech will be using an emerging technology.

"This is an emerging technology that takes advanced flexible materials for circuits, communications, sensors and power and combines them with thinned silicon chips to ultimately produce the next generation of electronic products," he said.

Fortune adds that the FlexTech Alliance is tasked to come up with a wearable gadget that can monitor the wearer's vital signs, but won't distract or restrict the wearer's range of motion.

The wearable tech, should not become a distraction to the wearer, especially when put in a dangerous situation.

Reuters adds that Carter has been pushing the government to think outside the box when it comes to technology.

"I've been pushing the Pentagon to think outside our five-sided box and invest in innovation here in Silicon Valley and in tech communities across the country," he said.

Reuters adds that the rapid development of new technology around the world has forced the Pentagon to partner with the private sector to develop its own technology.

The Pentagon usually develops its own technology from within, without help from partners outside.