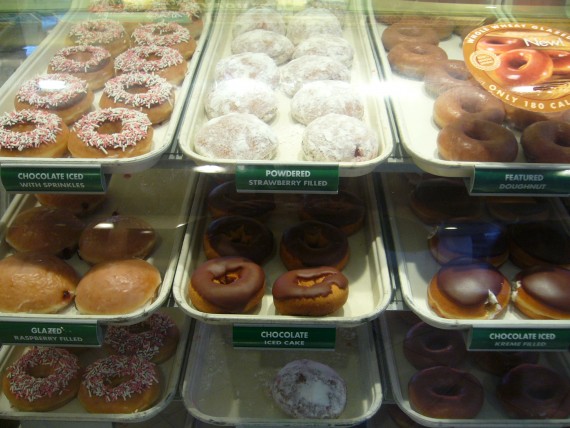 The doughnut maker reported net income jumped to $8 million, up from $6 million a year ago. On a per share basis, net income increased to $0.11 per share for the first quarter.

The doughnut giant raised its full year adjusted earnings to a range of $.59-$.63 per share, well above the $.53-$.57 per share  it had brought domesticated to shareholders..  Analysts were expecting $.55 per share.

Krispy Kreme had struggled with healthier-eating trends in recent years and received a major hit from allegations of management misconduct around 2005. However, the company's revenue improved every quarter over the past three years as the addition of coffee and other beverages helped boost customer visits.

The company has also been expanding its international presence, signing a deal late last year with Star360 Group to bring its doughnut shops to Singapore. It currently has more than 700 locations selling doughnuts.