Tourism Officials and Local Businesses in Souh Dakota say Tourism in 2015 is Surging, Due to Landmark Events, Low Gas and Good Weather 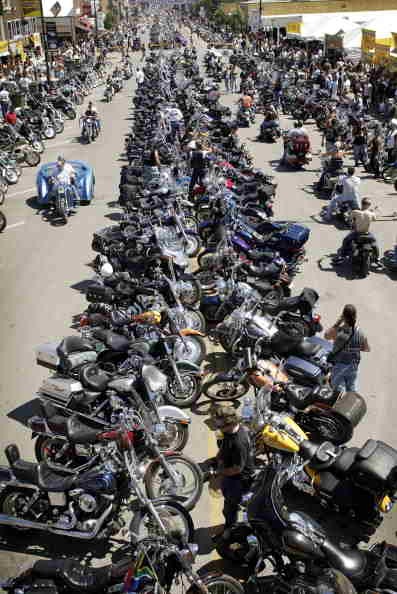 Tourism officials and local businesses in South Dakota have said that the tourism industry in the area is surging in 2015, according to a report from Fox Business.

The surge is being credited to landmark events, low gas prices and good weather.

The addition of good weather and low gas prices have added to the area's unexpected surge in tourism.

Fox Business adds that officials and businesses in South Dakota are saying that 2015 is shaping up to be the biggest year for tourism in the area and is on pace to be better than last year's figures.

Kirk Hulstein, researcher and visitor services manager at the tourism department told Fox Business that indicators have shown that tourism is on track to be the biggest this year.

"As we come to a conclusion of the summer months, indicators are showing that this could be one of our biggest years ever," he said. "This is excellent."

"The weather was perfect and kind of got people out and going," she said. "Gas prices didn't hurt."

Black Hills Fox added that one local business, which has been around in the Rapid City for about 80 years, says that they are having a top ten year.

Joe Maierhauser, president and CEO of Reptile Gardens, says that 2015's big year for tourism is great because it shows that people are starting to get back on track following the crash in the economy.

He told Black Hills Fox that tourism is the one of the biggest industry in the area and it affects almost everyone.

"It's certainly tourism in this area is our biggest industry or one of the biggest, one of the top two at any rate, so I mean it all extends on down for the restaurants and car dealers and everything," he said. "If we do better, everybody does better."

Fox Business added that by the end of July, the state's Tourism Department has reported nearly $350 million in tourism taxable sales.

That is an increase of more than 14 percent, as compared to the same period of last year.