White Castle Rolls out 'CraveMobiles' in Kentucky and Ohio 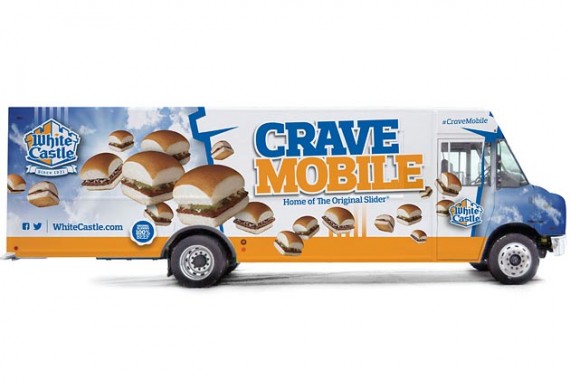 White Castle is getting in on the truck food business by launching two food trucks later this month. The "CraveMobiles" will be available for events in the Louisville, Ky., and Columbus, Ohio, markets, according to Bloomberg Businessweek.

The company will start serving sliders and possibly other products from mobile units in Louisville and Columbus, Ohio, where it is based, later this month.

Business Week reports that the so-called CraveMobiles will initially be available for events only, while company officials determine where the trucks will be stationed.

Exact locations have yet to be decided and the CraveMobiles will be operating for events only to start, but the trucks likely will stay open 24 hours eventually.

White Castle, which is privately held, currently has a few more than 400 restaurants in 12 states, mainly in the Midwest, New York, New Jersey, Kentucky, and Tennessee. All locations are company-owned.

The chain's revenue in 2012 was $630 million, of which roughly 15 percent came from its frozen burger line sold in grocery stores, says Richardson.

Other chains have experimented with food trucks, including Taco Bell, Wendy's, Chick-fil-a, Applebee's and Sizzler, as the Huffington Post reported.