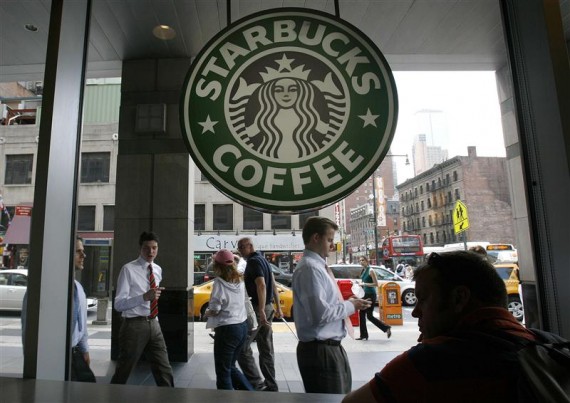 Starbucks wants to sell not only your morning cup of joe or afternoon pick-me-up coffee, but they want to start offering lunch as well. The company also announced Tuesday they will begin to post calorie information on its menu boards nationwide ahead of a pending federal requirement to do so.

The Seattle-based coffee chain is looking to increase its sales in the U.S. by making its food a bigger attraction, particularly in the slower afternoon and evening hours. The popular coffee chain already rolled out several new sandwiches and salads, including options such as a Turkey and Havarti sandwich and a Hearty Veggie and Brown Rice Salad Bowl in April.

Meanwhile, the company is jumping on board new regulation that requires food stores to display calorie information so customers may make better informed decisions.  Starbucks says that the information was already available on its printed brochures and on its website and mobile app. At the chain, a Grande 16-oz. Caramel Macchiato with 2% milk has 240 calories.

McDonald's, the world's largest restaurant chain, in September began posting calorie counts on menu boards in the U.S. after being criticized for selling unhealthy foods. The Big Mac seller has also recently introduced lower-calorie options such as a 250-calorie egg-white breakfast sandwich.