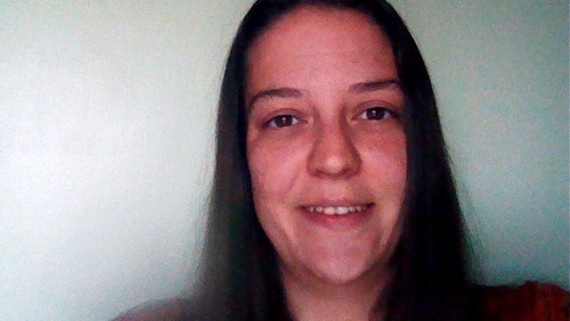 Natalie Gunshannon, a single mother who worked briefly at a northeastern Pennsylvania McDonald's franchise is suing the owners after she said she was given a fee-laden debit card and told that she must use it to access her earnings. (Photo : Natalie Gunshannon)

McDonald's franchise owners in Shavertown, Pennsylvania have come under fire after several employees filed a lawsuit against them, claiming they have been paying workers with a payroll debit card that charges employees to get their money, New York Daily News reports.

Natalie Gunshannon, 27, worked at a Shavertown, Pa., McDonald's location when she learned that the franchise required employees to accept payment on a J.P. Morgan Chase payroll card. However the card imposed fees on almost all transactions, forcing her to lose a lot of her hard-earned money.

Gunshannon, who filed a lawsuit in the Luzerne County Court of Common Pleas, is hoping to have her case certified as a class action on behalf of the other employees who were paid with the Payroll card.

"It's a violation of the law," said Gunshannon's attorney, Michael Cefalo, ABC News notes. "They're entitled to a choice to be paid in cash or check. Fees connected to this debit card which employees have to pay to get their wages which is unfair."

According to the lawsuit, employees had no option to receive a traditional paycheck or get paid by direct deposit. The practice violates the Pennsylvania Wage Payment and Collection Act, the lawsuit said.

Franchisees Albert and Carol Mueller responded by releasing the following statement "We value our employees and everything they do for our organization. We are committed to providing them the best possible work environment so they can deliver the fast, reliable service that our customers expect. We are aware of this matter. But at this time, we have not seen a copy of the complaint. For this reason, it would be inappropriate for us to comment further."