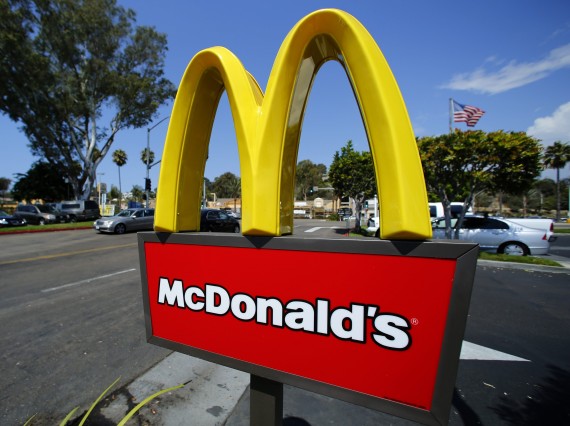 A McDonald's sign is shown at the entrance to one of the company's restaurants in Del Mar, California September 10, 2012. REUTERS/Mike Blake

McDonald's Dollar Menu fans can rejoice as the company is testing out some new flavors in a bid to ramp up sales. New flavors include the Southwest Burger and Bacon Hot 'N Spicy McChicken.

According to Foodbeast, Southwest Burger will feature a beef patty with tortilla chips, barbecue sauce and cheddar cheese. It will be featured on the Value Dollar Menu for around $1-$2.

McDonald's first introduced the Dollar Menu in 2003 and went through an overhaul in 2008.

McDonald's recently blamed the economy for disappointing sales. It eliminated some premium menu items this year, including the Chicken Selects and Angus Burger.