Chipotle Sued Over False Advertising, Menu Accused of Not Being Free of GMO 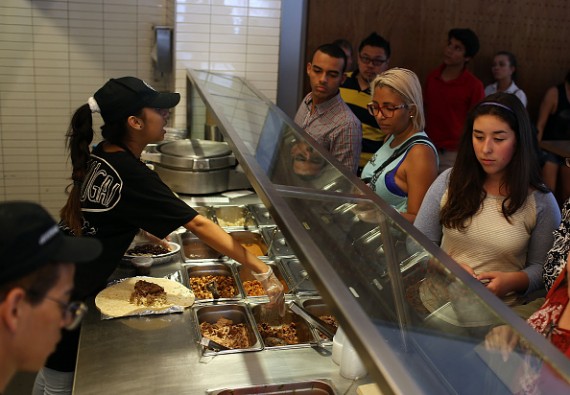 Chipotle Mexican Grill, Inc. is being sued over false advertising by a Californian woman after the restaurant chain announced on April 27 that it is the first national restaurant company to use ingredients that are GMO-free, according to a report from Reuters.

However, in the report, Colleen Gallagher, the plaintiff who is suing Chipotle, alleges that Chipotle's food labeling is false and misleading and deceives diners to pay more for the food.

She said that Chipotle has violated the Federal Food, Drug, and Cosmetics Act.

Gallagher told Reuters that Chipotle has been lying to its consumers, saying that they are over GMO when they are actually not.

"As Chipotle told consumers it was 'G-M-Over it,' the opposite was true," she said. "In fact, Chipotle's menu as never been at any time free of GMOs."

Laurence D. King, one of the lawyers working on the case, told Takepart that the advertising of Chipotle should have been accurate.

"Chipotle's advertising in its stores should have accurately informed customers about the source and quality of its ingredients and should not mislead consumers that they are serving food without GMOs when in fact they are," he said.

Takepart added that the language of the lawsuit seems to be pushing the issue beyond the chains credible labeling and more on the brand's capitalization of consumers' fear of GMOs.

The suit claims that Chipotle is attempting to capitalize on the "squishy consumer sentiment" on GMOs.

In addition, the report stated that Chipotle has a disclaimer on its website about the content of GMO in its food. The disclaimer says that the GMO that Chipotle's meats contain likely comes from some of the GMO seeds that are being fed to the animals.

They also said that many of the beverages they sell in the restaurant contain "genetically modified ingredients."

Gallagher told Reuters that the diners who eat at Chipotle are unlikely to see the disclaimer on the company's website.

They are more likely to rely on the promotional materials seen on Chipotle's advertising.

Chris Arnold, a spokesman at Chipotle, told Reuters that they "do plan to contest" the lawsuit.