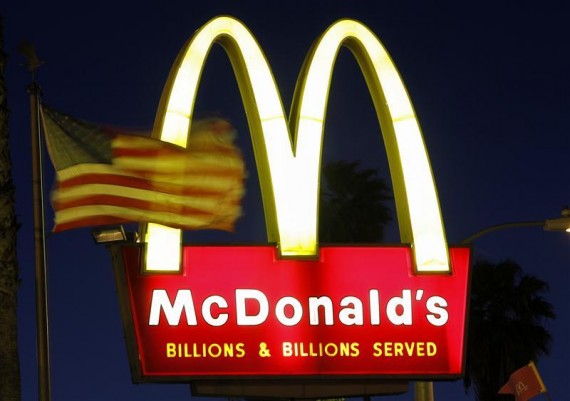 A file photo of a McDonald's store (Reuters)

McDonalds has removed halal items from its menu just two months after reaching a six-figure settlement in a lawsuit alleging that not all of the chicken was prepared according to Islamic law.

There had been only two McDonald's restaurants in the U.S. that have offered halal food. Both were in east Dearborn, Mich., which has a sizable population of Arab-American Muslims.

However, after a contentious lawsuit that accused the restaurant chain of selling non-halal items advertised as halal, McDonald's has removed its Halal Chicken McNuggets and Halal McChicken sandwiches off the menu.

'Those items have been discontinued as a result of our continued efforts to focus on our national core menu,' a McDonalds spokesman said on Friday, according to The Detroit Free Press.

Under Islamic law, halal practice dictates that certain procedures need to be taken when preparing meat for human consumption which includes reciting a prayer while the animal is being killed.

A $700,000 settlement was reached in April that allocated $275,000 to the Huda Clinic, a Muslim health center in Detroit; $150,000 to the Arab American National Museum in Dearborn, and $25,000 to Ahmed Ahmed, a Dearborn Heights man who filed the lawsuit against McDonald's. The rest went to attorney fees.