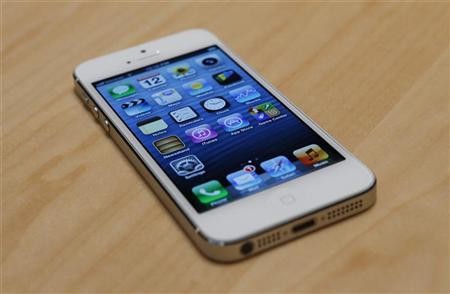 Apple iOS 8 maps are expected to be a big improvement over the current application with features like public transit directions. (Photo : Reuters)

McDonald's, the world's largest burger fast-food chain, and Kuwait International Bank have partnered to test out Seamless' Seqr mobile payment platform throughout Kuwait, according to a report.

This technology allows customers at the store to pay via NFC or QR codes using their mobile phone, instead of using cash or credit/debit card.  The bank is the first financial institution in the Middle East to test the solution, according to NFC World.

"We are very much looking forward to working with Kuwait International Bank to introduce Seqr in the Kuwaiti market," said Peter Fredell, president and CEO of Seamless.

"We now are in a very intense expansion of Seqr internationally and Seamless is already established in countries worldwide. That means we have the experience required for international locations.

"The launch of Seqr in the Swedish market has been very successful and we hope that our cooperation will help to simplify everyday life for many consumers in Kuwait."

The technology makes it easier for customers to make purchases without having to carry around cash or cards, and instead use their smartphone which they are likely to carry with them at all times.