Nick Lachey in Love with Wendy's Pretzel Bacon Chesseburger, Sings About it 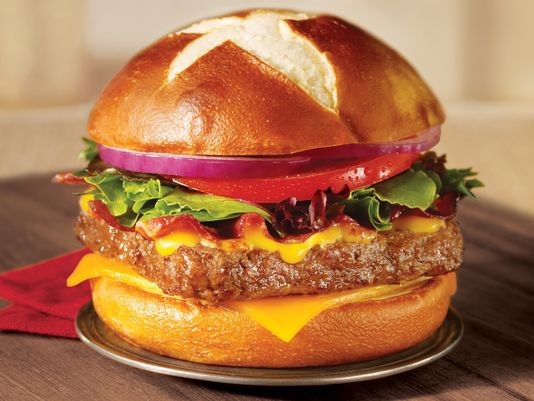 Former 98 Degrees singer and Jessica Simpson's ex-husband, Nick Lachey, has teamed up with Wendy's to sing about the stores new Wendy's Pretzel Bacon Cheeseburger in a bid to rustle up hype around the new burger.

"When Wendy's introduced the new sandwich, I think the response was so positive they referred to it as a 'love fest,' and I thought, 'What better way to get all these sentiments out than through a series of love songs?'" Lachey said, according to the Daily News.

"Throughout my career, I've been known to sing love songs, so that's kind of where I came into this whole thing. It's just a fun project. I've obviously never had the opportunity to write a song about a Pretzel Bacon Cheeseburger before, so I thought, 'What the heck?' Let's take the opportunity and have some fun with it," he said of the original song he wrote based on Tweets from fans using the hashtag #PretzelLoveSongs.