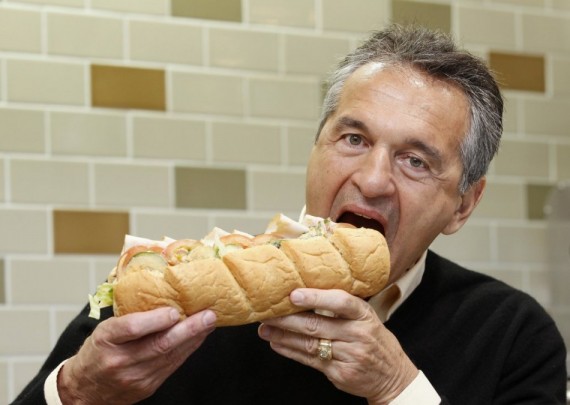 Subway, the world's largest franchise, announced Wednesday that its co-founder and President Fred DeLuca has been diagnosed with leukemia.

The 65-year-old DeLuca is being treated and "doing well." the privately-held company said in a statement.

"We can confirm that Subway Restaurants President and Co-founder Fred DeLuca has been diagnosed with Leukemia and is currently being treated," Kevin Kane, a spokesman for Milford, Connecticut-based Subway, said in an e-mail. "Fred is doing well and focused on his health right now."

"The senior management team for the brand continues to manage the day to day operations of the company and no significant changes are being made at this time," Kane said. Closely held Subway is owned by Doctor's Associates Inc.

DeLuca, shared the news with Subway franchisees and staff at headquarters on July 15, Kane noted in the statement.

The executive has been in contact with the management team while receiving treatment and everything is still moving forward, he said. Fred is communicating with management regularly, although in a reduced capacity while he focuses on his health, Kane added.

According to Bloomberg news, DeLuca said in February he planned to reach 50,000 sandwich shops in four years as Subway speeds growth abroad.

Subway is expanding in Asian markets, DeLuca said. Subway, which is competing with Yum! Brands Inc. in China, India and Japan,  is planning to open 300 stores in each of the nations during the next three years.