Toyota to Invest about $50 Million on Artificial Intelligence Research, Partners with Stanford, MIT 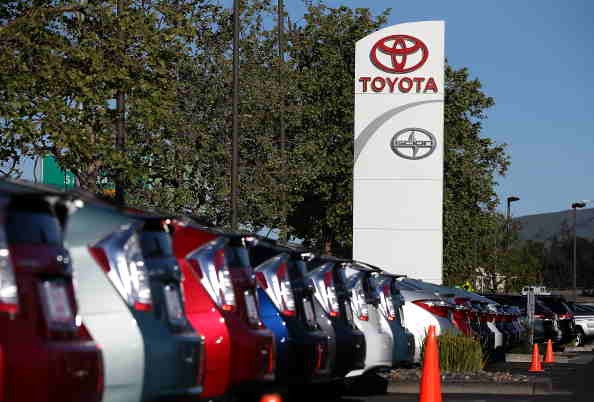 Toyota Motor Corporation has announced that it will be investing $50 million over the next 5 years to accelerate the research of artificial intelligence for vehicle and mobility technologies, according to a press release issued by Toyota.

Toyota will be partnering with Stanford University and the Massachusetts Institute of Technology (MIT) for this research.

"We're here today to mark the beginning of an unprecedented commitment, Kiyotaka Ise, senior managing officer and chief officer at the R&D Group of Toyota, said in the press release.

"We will initially focus on the acceleration of intelligent vehicle technology, with the immediate goal of helping eliminate traffic casualties and the ultimate goal of helping improve quality of life through enhanced mobility and robotics," he added.

Toyota said in the press release that they believe there are boundless opportunities for artificial intelligence technologies to improve the everyday living of people.

They are investing in the research of artificial intelligence in order to have a breakthrough for the potential development of life-saving intelligent vehicles and life-improving robots.

Digital Trends added that currently, self-driving cars that have been built so far rely on programming to make their decision.

If engineers did not write any program for a specific situation, these automatic cars won't know what to do.

Digital Trends also reported that one possible solution to this is to develop artificial intelligence for future robot cars.

This is something that Toyota plans on doing with the investment and partnership with Stanford and MIT.

Toyota said in the press release that Dr. Gill Pratt, the former program manager at the Defense Advanced Research Project Agency, has joined the company.

He will be the one directing and facilitating the research activities and their application to intelligent vehicles and robotics.

Professor Fei-Fei Li, director of the Stanford Artificial Intelligence Laboratory will be the one to lead Stanford in its collaboration with Toyota.