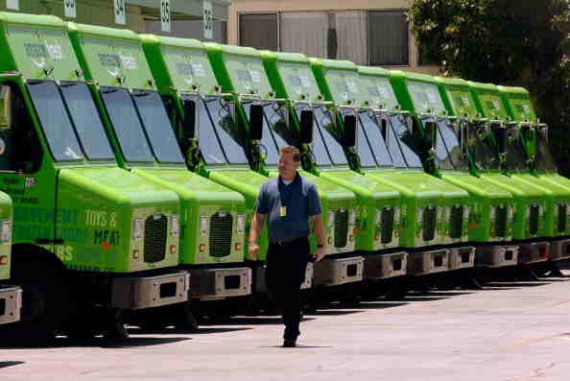 Amazon.com, Inc. is looking to expand its meal delivery service by hiring new staff dedicated to restaurants in Seattle and New York, according to a report from Reuters.

The new staff will be assigned to a dedicated division called Amazon Restaurant.

Reuters reported that Amazon, who has tried food delivery service before, is probably preparing to enter the crowded meal delivery market.

The improvement of the Amazon Restaurant division could mean that the retailer giant is also competing with the likes of Grub-Hub, a well-established player in the meal delivery market.

"Hungry? Ordering food just got easier with Amazon Restaurants," reads one job description of the job opening, according to The Verge.

"Customers can now order meal delivery from top-rated restaurants in their area," The Verge reported. "Following the product debut in our launch market, Amazon Restaurants will rapidly expand across the US, offering Amazon customers increased restaurant delivery selection and convenience."

Though the purpose of the restaurant division is unknown, the job description posted for job opening at Amazon Restaurant shows that the company is expanding its restaurant delivery service beyond Seattle, according to Reuters.

A report last week from GeekWire mentioned that Amazon has already been quietly testing the delivery of hot meals from restaurants in the Seattle area.

The company uses drivers for Prime Now, Amazon's one to two-hour delivery service program, to double as meal deliverers in Seattle.

Reuters also reported that Amazon already has a partnership with restaurants in Seattle through Amazon Local, an app and a website that allows users to order food for takeout or delivery and to buy local deals.

The delivery is done by restaurant staff and not by Amazon.

Reuters said that Amazon has 15 job openings for its Amazon Restaurant division.

The jobs will be based in Seattle and New York.