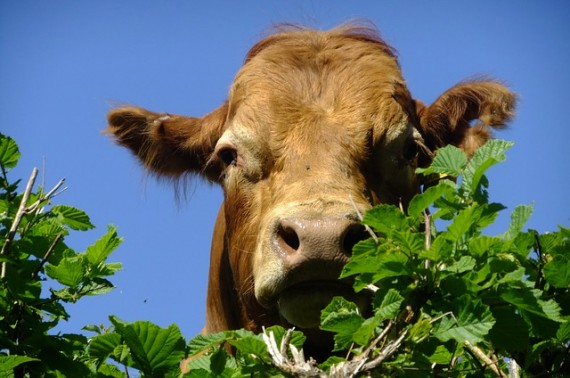 For a country that markets itself to the world with the slogan "100% Pure", New Zealand's environmental credentials are not as impeccable as many would think.

The majority of its rivers are too polluted to swim in. Its record on preservation of natural environments is among the worst in the world on a per capita basis. And it is the only OECD country that does not produce a regular national report on its environment.

The discovery by dairy giant Fonterra of a bacteria that can cause potentially fatal food poisoning in ingredients sold to eight countries exposes New Zealand's vulnerability to food safety scares and the fragility of the clean, green image underpinning its farming- and tourism-based economy.

Agricultural exports, including dairy, meat, fruit and wine, command high premiums internationally thanks to New Zealand's reputation as a producer of safe, natural and high-quality food.

"It was only a matter of time before our dirty little secret came out," said Jill Brinsdon, brand strategist at Radiation, a brand agency in Auckland.

"Fonterra is our largest exporter and they're completely intertwined with New Zealand's image and also they're the absolute biggest benefactor of the '100% Pure' brand. When you're coming out with something that presents itself as fact, or 100% pure, then you have to be 100% pure and we've proven that we're not."

New Zealand's primary sector, which includes fishing and forestry, accounts for some 60 percent of exports and 18 percent of the country's $160 billion GDP, among the highest proportions in the developed world. Tourism makes up another 10 percent or so of GDP.

The country has long marketed itself internationally with the "100% Pure" slogan in print and TV ads, drawing millions of visitors each year to experience its national parks, beaches and lakes. With barely 4.5 million people spread over a mountainous area larger than the United Kingdom or California and more than a quarter of that set aside for reserves and national parks - the backdrop for the popular Lord of the Rings movie trilogy - New Zealand has no shortage of unspoilt natural attractions.

But the marketing overlooks a dark side to the country's environmental credentials.

More than 60 percent of New Zealand rivers monitored by the Environment Ministry had "poor" or "very poor" water quality and were rated as unsafe for swimming due to pollution.

Dairy farming, which has a lot riding on New Zealand's strong environmental reputation, has been a significant cause of poor river quality due to fertiliser and effluent runoff. Unlike many other countries, New Zealand cows are kept on grassy pastures year-round, a major selling point for its $9 billion annual global dairy trade.

"Because we've had a lack of regulation on farm waste for 20 years it's been a free for all, so farmers have done what they can to produce more milk - which is to put more cows on pastures," said Mike Joy, an ecology and environmental sustainability scientist at Massey University.

Prime Minister John Key, who has been previously criticised for saying the 100% pure marketing should be taken with a pinch of salt, said New Zealand would always be reliant on dairying, with its natural competitive advantage and global demand rising.

While separate from its environmental credentials, New Zealand's food safety record is also not without stain.

Until the late 2000s, New Zealand had the highest rate in the developed world of food-borne campylobacteriosis, a serious and sometimes deadly disease caused by a bacteria often found in uncooked chicken.

By 2011, even after a major government initiative to control the epidemic, New Zealand still reported incidents of the disease at more than double the rate of nearby Australia and 12 times the rate of the United States, according to the University of Otago.

The botulism scare at Fonterra was the company's second contamination issue this year after it earlier found traces of dicyandiamde, a potentially toxic chemical, in some products.

Even so, New Zealand has one of the most stringent food safety regimes in the world and the recent dairy product scares only turned up with the sophisticated and sensitive testing available.

Fonterra expects the current contamination issue to be resolved within days.

A protracted, major animal health incident, rather than a localised contamination issue, could wreak havoc on the New Zealand economy.

A decade ago, at the height of a foot and mouth epidemic in Europe, the Reserve Bank of New Zealand modelled the impact of a limited outbreak of the livestock disease - estimating an immediate 20 percent hit to the currency, as well as a 12 percent fall in exports and an 8 percent hit to GDP in two years.

"We've got to wake up and look more closely at our green credentials, and work harder to create a pristine environment so consumers can get a product which matches the story," said a consultant to New Zealand companies operating in Asia.

"We can't be complacent."