Macy's to Close 35 to 40 Underperforming Stores in Early 2016, Optimize its Omnichannel Approach 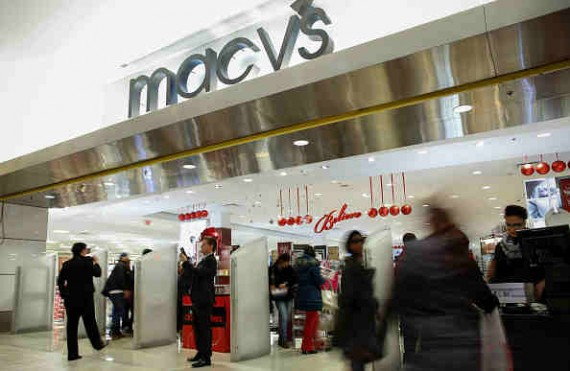 Macy's Inc. has announced that it will be closing down 35 to 40 of its underperforming Macy's stores in early 2016, according to a press release issued by Macy's.

This is part of the company's plan to optimize its omnichannel approach to customers across America.

Terry J. Lundgren, chairman and CEO of Macy's, said in the press release that the company "prunes some stores" that are the company's weakest performers each year.

"As new shopping centers are opened, however, many customers change their shopping habits and often the sales volume of a store gets divided among the new and nearby, existing centers," he said.

He adds, though, in the press release that Macy's also opens "a small number of new stores" to fill gaps in the company's coverage.

"Physical stores remain absolutely vital to our omnichannel strategy, which provides local touchpoints and tailored merchandise assortments for shoppers in nearly every major market," he said.

The Wall Street Journal reported that though retailers constantly prune their stores by closing those that are underperforming, it is unusual for a healthy retailer like Macy's to close many stores at once.

Macy's, though, has recently been struggling with slumping sales as consumers are favoring electronic gadgets and experiences, according to The Wall Street Journal.

Consumers have been shunning the traditional department store fare of apparel and home furnishings in favor of these electronic gadgets.

The Wall Street Journal also mentioned that investors are pressuring the company to make better use of its real estate.

Activist investor, Starboard Value LP, who accumulated a stake in Macy's, said in July that they were pushing the company to spin off key properties.

Macy's said in the press release that the locations of the 35 to 40 stores to be closed in early 2016 will be announced at a later date.

The company is currently completing a careful analysis before making the final decision.

Macy's also said in the press release that they are committed to treating the associates that will be affected by the closing with respect and openness.

Displaced associates may be offered positions at nearby stores if possible.